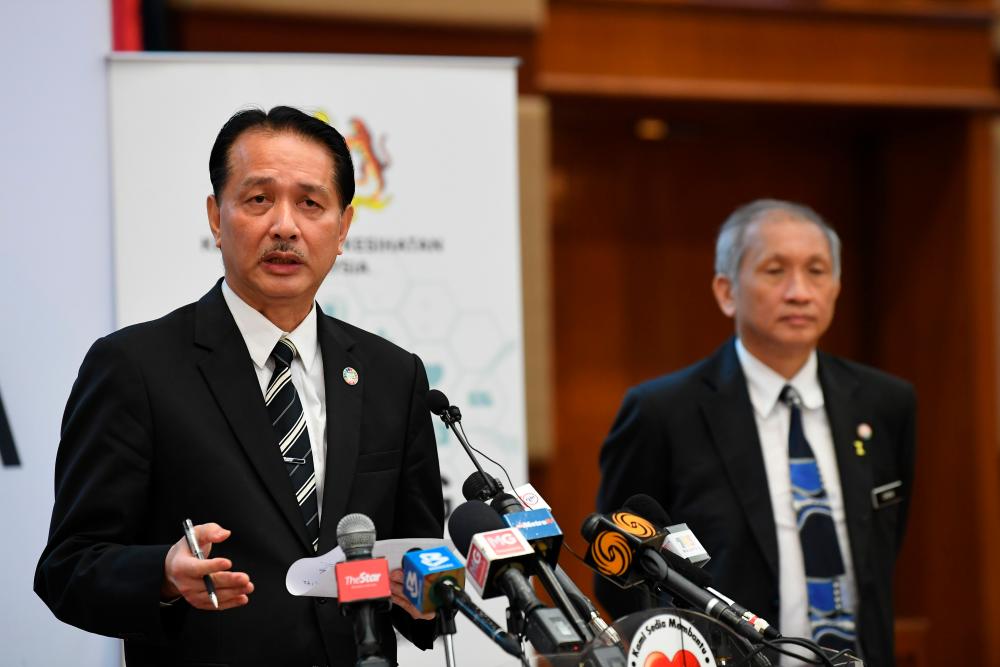 PETALING JAYA: The Health Ministry announced 37 new Covid-19 positive cases as of 12pm today, bringing the total number of infections in the country to 8,303.

He added, 25 patients, have received successful treatment and been discharged, bringing the total number of those who have recovered to 6,635.

However, he also said one death occurred today, bringing the total number of fatalities to 117.

The 117th death was that of a 79-year-old Malaysian woman. She was a close contact to the 1,508th case. She started experiencing symptoms on March 18 and was treated at the Sungai Buloh Hospital March 26. She was pronounced dead on June 5 at 2.05pm.

Noor Hisham also revealed a new directive that was released by the World Health Organisation, which found conclusive evidence that wearing face masks can reduce infections.

“We at the Health Ministry are encouraging people to wear face masks especially now that there is proof they are effective in lowering infections. It is advisable to wear face masks if you have symptoms, or you are in crowded places or taking public transportation,“ he said.

He also said this is no time to end the movement control order as the country is still being monitored under the Prevention and Control of Infectious Diseases Act 1988.

“It is important that the monitoring remain and border controls remain tight. We expected to see a rise in cases after Hari Raya Aidilfitri, but we are glad that it is still under control,“ he said.

On the announcement that hair and beauty salons can reopen on June 10, Noor Hisham said they will monitor the implementation of the SOPs (standard operating procedure) to see if there is a rise in cases if that sector reopens.