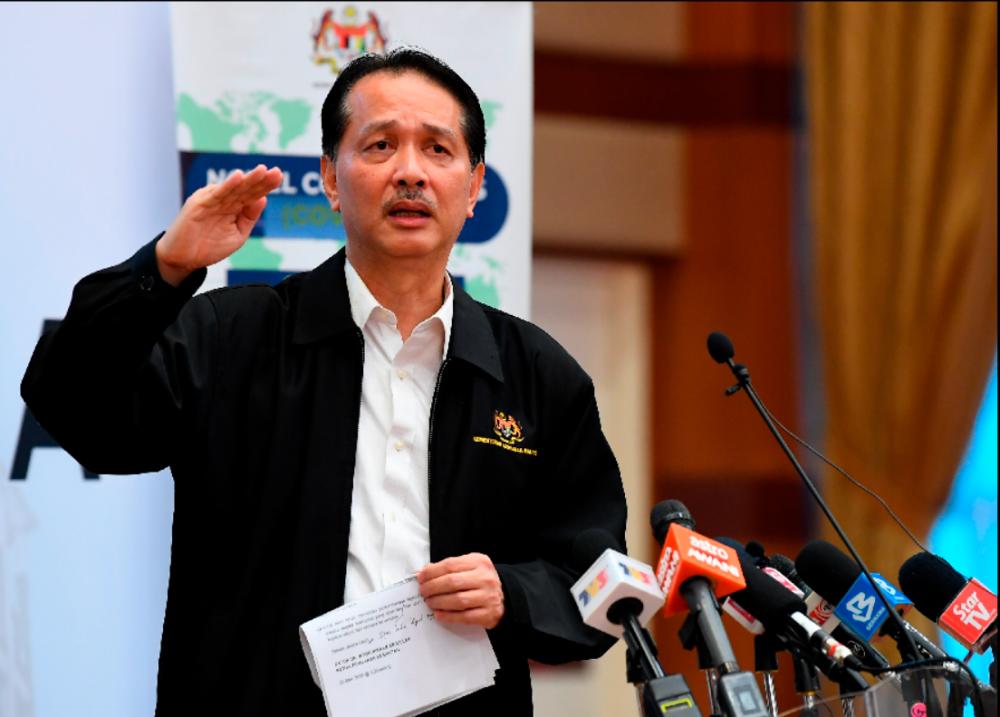 PETALING JAYA: The Health Ministry announced nine new Covid-19-positive cases as of 12pm today, bringing the total number of infections in the country 8,840.

“Out of that number, 143 active cases are being treated in the hospital, with five cases being admitted in the intensive care unit (ICU) and two needing ventilation assistance,“ said Health director-general Datuk Dr Noor Hisham Abdullah (pix) in a press conference today.

He also said eight have successfully received treatment and been discharged, bringing the total number of recoveries to 8,574.

Noor Hisham also said there were no fatalities reported and the death toll remains at 123.

He also said out of the nine new cases reported, three were import cases from overseas and six were locally transmitted.

Of the six, four cases involved locals, all of which were recorded in Sarawak.

Three cases involved three known clusters in Kuching and one case was still under investigation.

Of the two cases of local transmission involving foreigners, both involved prison detainees - one in Kelantan and another in Sabah.

The three import cases involved two foreigners and one Malaysian.

Meanwhile, Noor Hisham also urged those who are undergoing Home Surveillance Order to have the social discipline to abide by the standard operating procedures (SOP) after pictures of them going out and about have been surfacing on social media.

“Based on the latest analysis found through the MySejahtera app from July 7 to July 20, 24.8% of the total individuals under Home Surveillance Order did not use the Home Assessment Tool,“ he said.

He also said 10% did not conduct any Covid-19 test screening on the 13th day of their quarantine period.

Noor Hisham further noted that while more people have registered for the MySejahtera app over the past few weeks, there was a downward trend of people using it in premises like eateries and supermarkets.

“Business premise owners and the society are reminded to continue obeying the SOP so that we can break the chain of infection,“ he said.