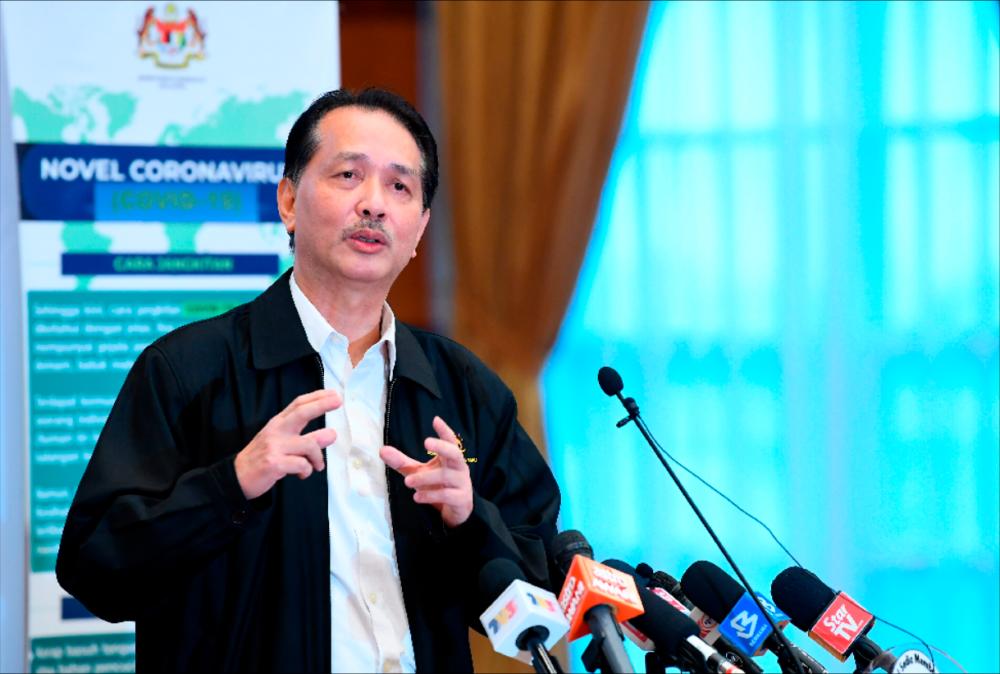 PETALING JAYA: The Health Ministry today announced that as of 12pm 48 Covid-19 positive cases were reported.

This makes the total number of positive cases rise to 7,185.

But no deaths were reported, thus keeping the total number of fatalities at 115.

He also said 53 cases have recovered and been discharged from hospital, making the total number of recoveries rise to 5,912 cases.

On another matter, Noor Hisham gave further information about the post Cabinet meeting where the auditor-general, Datuk Nik Azman Nik Abdul Majid, was confirmed to be positive.

This resulted in Prime Minister Tan Sri Muhyiddin Yassin, who also attended the meeting, to undergo a quarantine at home for 14 days.

He added that active contact tracing was conducted on the other 35 who attended the same meeting as well as family member of the officer for swab tests.

“In fact, for a couple of months in terms of standard operating procedure (SOP), any government meeting must have spacing of at least one metre, and they have to wash their hands before going to the meeting, and also avoid confined space,“ he said.

He added that the rest of the 35 members were swabbed with the results being negative, but the health ministry has advised them to undergo self-quarantine as a precautionary measure.

“We will then swab them again on the 13th day. If the results remain negative, they will be allowed to return to work,“ he said.