Frontliners to be honoured in air-time and outdoor advertisements 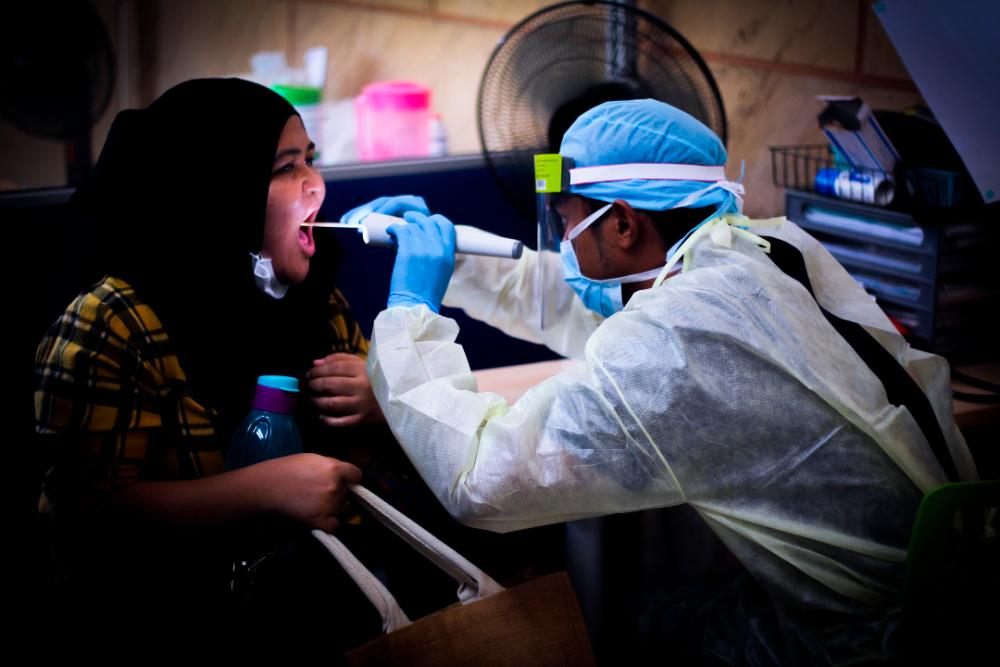 File picture of a doctor at the Thompson Hospital in Kota Damansara collecting the swab of a patient to be tested for Covid-19. — Sunpix by Ashraf Shamsul

KUALA LUMPUR: Healthcare workers, law enforcers and other essential services personnel at the frontline of the Covid-19 war will be honoured in a new initiative that will see them being featured in several medium, such as air-time and outdoor advertisements.

Under the initiative, called “Celebrating Heroes Campaign”, participating media companies will offer RM500,000 worth of advertising slots at no cost.

These slots will then be sold to potential advertisers and the proceeds from the sale will be channelled to Mercy Malaysia and the Islamic Medical Association (Imaret) of Malaysia, two of the non-governmental organisations involved in the fight to contain the spread of Covid-19.

A panel called The Heroes Board of Governors has been set up to monitor the campaign to ensure full transparency and accountability.

Board president Prof John D. Chacko of Universiti Teknoloji Mara (UiTM) said the initiative is to celebrate the frontline heroes and to remember their sacrifices.

“They have gone beyond the call of duty to the extent of putting their lives in danger,” he pointed out.

Outdoor Advertising Association of Malaysia (OAAM) president Henry Low said the effort is to showcase their perseverance at work with messages and photographs relevant to localities that they have served in.

OAAM is one of the 10 associations involved in the campaign.

In a statement issued to the press yesterday, the proponents of the campaign said that apart from medical personnel and law enforcers, others who will be honoured include armed forces personnel, drivers and delivery personnel.

A second advertising slot will be considered if the response is overwhelming. For further inquiries on the campaign, please contact celebratingheroes@movingwalls.com.