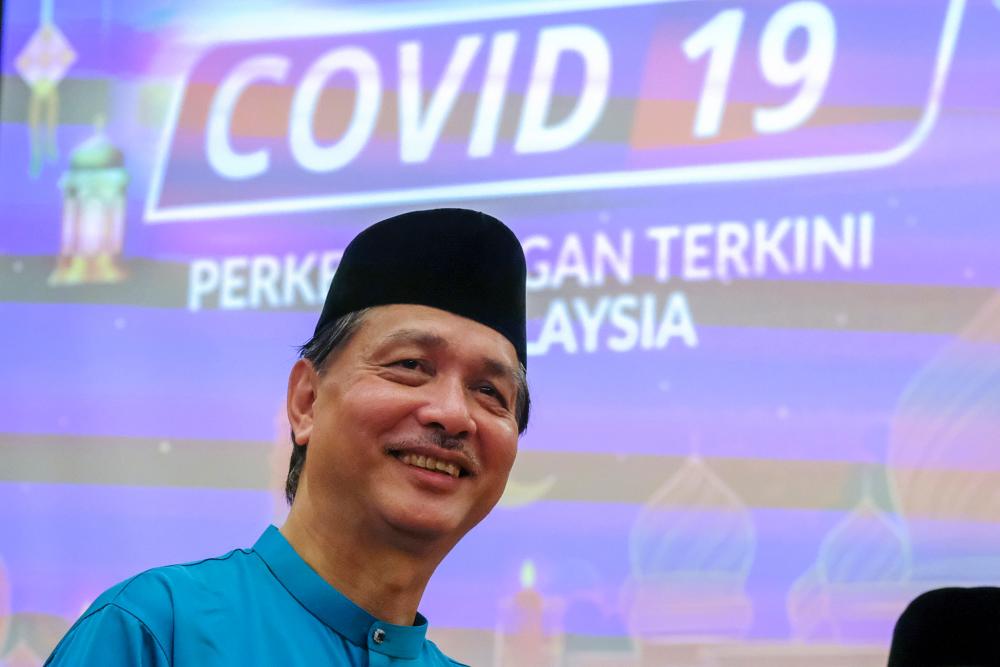 PUTRAJAYA: The Ministry of Health (MOH) has detected a new Covid-19 cluster at a construction site in Kuala Lumpur where 44 cases were reported today.

Without giving further information about the cluster, Health director-general Datuk Dr Noor Hisham Abdullah (pix) urged construction companies to pay attention not only to the standard operating procedure (SOP) for worksites but also for workers’ accommodations.

“Our studies show that most probably (it happened because) the foreign workers are staying in confined or cramped spaces. That is the main factor for the spread of infection among them,” he said at a daily Covid-19 media conference here today.

Noor Hisham said even though the SOP had been provided to construction companies, they merely focused on worksites.

“It’s important to also look at their (workers’) accommodation and how they live there. For example, in Masjid India, 30 workers were staying together in one small flat,” he said.

He said construction companies should look at other factors besides complying with the SOP because living in confined areas is one of the causes for the virus to spread.

“We (MOH) believe that narrow spaces are one of the important factors that should be delved into and (let’s) look at how social distancing can be implemented. Today we don’t have the vaccine, but the ‘vaccine’ is safe distancing,” he said.

Asked whether Malaysia is ready to get involved with the vaccine research undertaken by Thailand, Dr Noor Hisham said MOH is prepared to conduct joint research with other countries.

According to him, a recent delegation from China had told the ministry that China was into phase two of its research and was expecting a report in November or December on whether the vaccine tests conducted on animals were successful before proceeding to phase three for trials on humans.

“We (MOH) haven’t received a report about testings on humans, and now it has only been done on animals. If they have determined that the vaccine could be successfully applied on animals and can be used on humans, MOH will try to cooperate with the country to do joint research,” he said.

Thailand’s National Vaccine Institute director Nakorn Premsri was reported as saying if the testing on monkeys produced positive results, by the end of this year or early next year they could conduct human trials.

Meanwhile, when asked on concerns regarding the increase in clinical wastes following the Covid-19 pandemic, Dr Noor Hisham said at present there was no issue on the management of clinical wastes as they were disposed of according to guidelines.

He added that hospitals and health clinics would manage clinical wastes before outsourcing them to support services at MOH. — Bernama