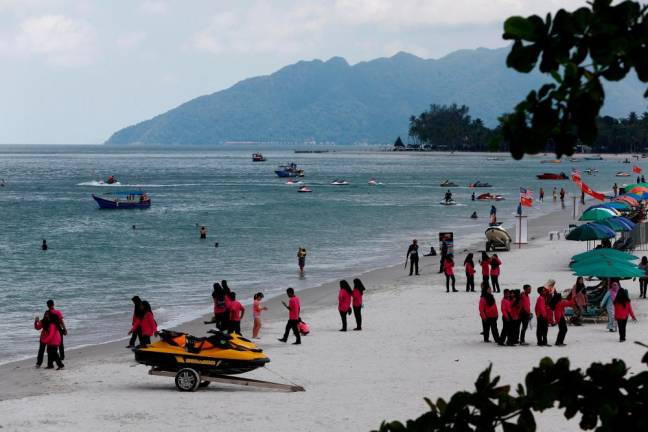 ALOR STAR: Tourism stakeholders here have called on the authorities to beef up checks at border crossings after a Universiti Utara Malaysia (UUM) undergraduate student tested positive for Covid-19.

Tourism Langkawi association chairman Ahmad Pishol Isahak said lockdown steps must be detailed and checks at the border have to be thorough to prevent any illegal entry and to prevent Malaysians from sneaking into Thailand.

In the past, he said many inhabitants near the border tend to cross in and out without following the proper procedures as it was part of their daily routine centred on cross-border trade.

Pishol pointed out that UUM in Sintok, is located near the country’s main Malaysia-Thai border immigration centre at Bukit Kayu Hitam.

His statement was in relation to the recent Covid-19 case there.

He said the infected student revealed that she had patronised two prominent shopping malls there while on study break. This had caused widespread concern among hoteliers and mall operators.

Pishol said that the fresh infection was also a blow to the efforts of the tourism community looking towards reopening the industry having accrued huge losses since the beginning of the global pandemic. Several hotels have also announced permanent closure.

He urged health authorities to make public the whereabouts of the student so screening and sanitisation can be carried out at these places.

The fresh case caused Kedah to lose its green zone status after the state had been free from Covid-19 cases for some 30 days.

Kelantan was next to lose its green zone status when a woman who travelled from Ampang to Kuala Krai so she could give birth at her home town, tested positive.

This leaves Perlis and Penang as the only two green zone states in the country despite the gradual decline in the number of infections.

Malaysia has recorded over 7,000 cases with 114 deaths from the deadly virus.