Just a short walk away from our office is this rare South African BMW, with an interesting history behind its badge... 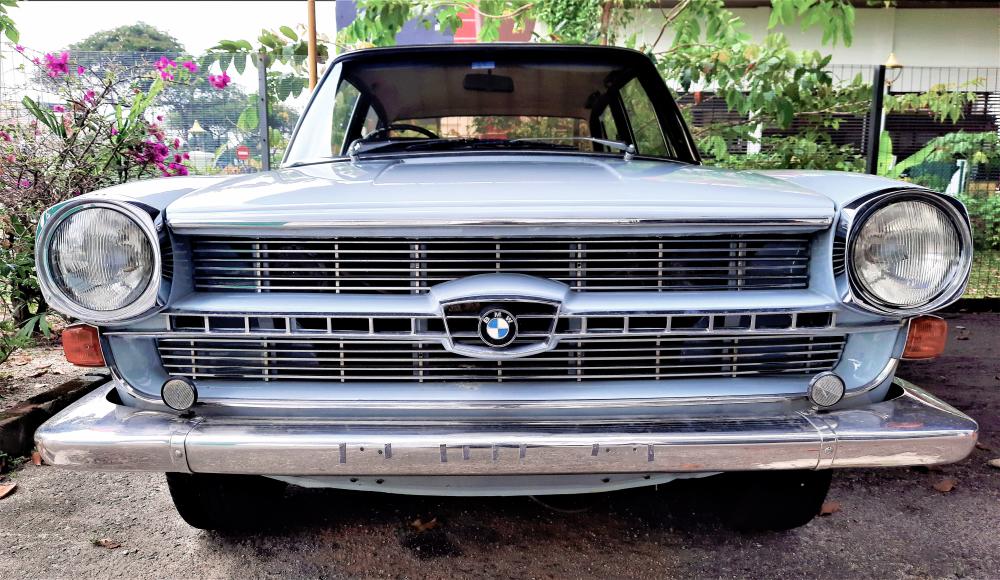 THANKS to the painful travel restriction, lots of free time and some extra cash lying around, I have been going through some of the popular online classified sites and also spending time on online shopping apps, making a few stupid retail decisions (thankfully not costly!) in the process.

One day, a few months ago, I saw this BMW 2000 SA advertised for sale locally and got very excited. I had no intention of buying any car, at the moment, but I simply had to go see it, due to its rarity and unique looks.

As a BMW fan since I owned my first – a near-lethal E21 323i with a 2.7-litre block! – in 1999 and several other BMWs since then, I’ve always loved those Bavarian machines. Two superb BMW Driver Training classes, many thrilling laps in a Formula BMW open-seater racer on the Sepang F1 Circuit and a dreamy visit to the marque’s classic centre and museum in Munich forever sealed my love for the kidney-grilled cars and also its many motorrads.

I couldn’t remember seeing any 2000 SA at the museum or classic centre in Munich, but then again, my group had limited time to see everything there. Even if I had seen one, I couldn’t remember, as I was enthralled by so MANY interesting BMWs being exhibited there, it was simply difficult to process and compartmentalise the experience! But I do remember reading about it (and the 1800 SA) in some BMW enthusiast magazines I used to frequently buy years ago.

In the early 1960s, BMW was in the midst of its successful fightback from the brink – spearheaded by a range of new models. The “02” range launched in 1966 to boost the ranks of volume-produced models was built in unprecedented numbers and BMW was soon bursting at the seams.

Along came Hans Glas GmbH; this debt-ridden company had a production facility in the relatively nearby Bavarian town of Dingolfing and could provide urgently needed capacity to ease the burden on BMW’s Munich plant. Glas was duly taken over by BMW in 1966.

The Glas 1700 was presented in 1964 to widespread industry acclaim. Praise centred on its body, designed by Italian coachbuilder and designer Pietro Frua, which – in its compact and sporting character – fitted the same profile and targeted the same audience as BMW’s “New Class” line of saloons and coupes (produced between 1962 and 1977) revealed two years earlier. It even featured the same eye-catching Hofmeister kink in the C-pillars. The two cars also shared similar displacement and output, the Glas developing 80hp in 1700 guise and a princely 100hp in dual-carburettor form.

However, Glas was crippled by debt and struggling to sort out its problems. Profits had to be ploughed back into new models to avoid losing touch with the company’s competitors. The Glas production facilities were outdated, in some cases somewhat improvised and fresh capital was conspicuous by its absence. By 1966 it was clear a takeover was the only way to avoid liquidation.

For BMW this was a chance to get its hands on a perfect new facility at close enough proximity to its main plant in Munich and ready-stocked with a well-trained workforce who could hit the ground running. BMW halted production of the Glas 1700 in 1967, unable to find a business case for the model alongside its own, strong-selling 1800 and 2000.

That wasn’t quite the end of the story – the Glas 1700 had been a fundamentally successful car and soon found someone who wanted to start building it again: Johannes Hermanus Pretorius in South Africa.

The decision was made to ship the Glas production machinery to South Africa for the car to be assembled there from CKD kits. This also enabled the company to sidestep the protectionist tariffs levied on imported cars in completed form. Only the engines and gearboxes were not produced in-house (they were shipped in from Munich); the 1800’s four-cylinder 90hp unit representing a perfect fit.

The South African Glas BMWs could be identified immediately by their obligatory right-hand drive, but otherwise the only distinguishing features were the BMW badges and boot lid lettering. A small number of the cars were also built in neighbouring Rhodesia (now Zimbabwe) and known as the “Cheetah”, which should have an interesting story by itself, especially if I can find one.

Not long after production got underway, the BMW 1800 SA was joined by the more powerful 2000 SA. In 1973, its body design was updated to include a front end which reflected the BMWs of the time (those popular four round headlamps and kidney grille). These facelifted models were named BMW 1804 SA/2004 SA. BMW took complete control of the South African plant in 1974 and also began production of the 5 Series there.

The final examples of the four-door Glas 1700 that became a BMW rolled off the assembly line in 1974. It is thought almost 10,000 units were built and with a little luck you might still spot one gracing the roads around the Cape today. It has long enjoyed classic car status in South Africa, but remains largely under the radar at home – a veritable exotic.

The Glas BMW sowed the seeds for the glowing reputation the BMW brand enjoys in South Africa today. And it has a fascinating story to tell about the fluctuating fates of cars in times of rapid change.

At least one of them is in Malaysia; the owner of this one in Petaling Jaya claims that it is the only such BMW in South East Asia. In no position whatsoever to doubt him, I was simply very happy to finally see and touch this rare, handsome BMW in front of me.

Despite the “2000 SA” badge on its boot lid and also on the details plate riveted onto its engine bay, this 1970 BMW has a 1.8-litre engine (with automatic transmission). I guess things were done differently, back then.

I did not test drive it, but the seller cranked the engine up and it sounded relatively healthy.

Registered in Malaysia in 2016, it has been fully restored to original and is in quite a good working condition, for a 50-year-old car. It can be yours, for RM88,000.

5.Road users to pay tolls with any digital payments soon