Another new EV choice for Malaysians 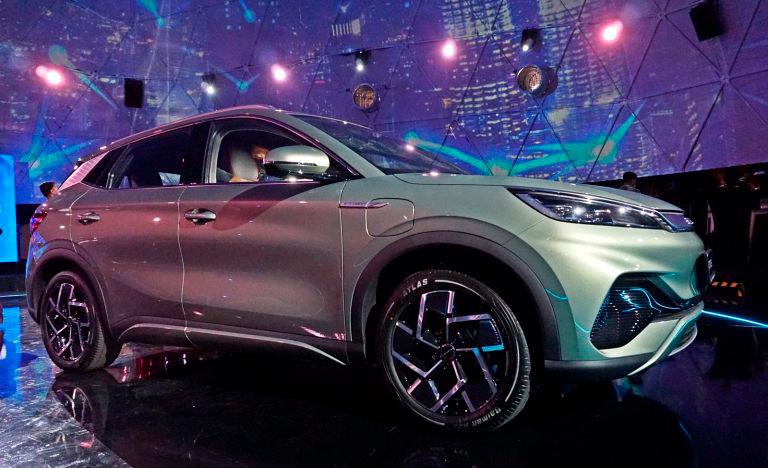 WITH the surge in introduction of battery electric vehicles (BEVs) as the government is providing tax exemption for a few years, we’ve been seeing a number of brands from China coming into the Malaysian market. It coincides with the increased export activity by the Chinese companies in recent years, particularly with EVs as the country has the largest market in the world.

The latest is BYD Auto which officially made its debut today with the launch of its first model, the ATTO 3 SUV. Its commencement of business has been exceptionally quick as the distributorship agreement with Sime Darby Motors (SDM) was inked only in September this year. Clearly, the two companies had already been having earlier discussions and had plans in place by the time the agreement was signed and announced.

With products from BYD Auto, now among the top 5 BEV companies in the world, SDM has another brand of electrified products to offer. From starting with just the electrified models of BMW and MINI, it now has BEVs from Porsche, Hyundai and Volvo which are sold by its various units. BYD and Hyundai are likely to provide the entry-level models in coming years while the other brands cater to customers further upmarket.

The ATTO 3 is one of BYD’s many models, all of which are electrified now (it stopped making combustion engined models in March this year). In China, the ATTO 3 is known as the Yuan, one of the models in the range named after a dynasty in the country’s history. The first generation was launched in 2015 and the second generation (called the Yuan Plus in China) came out last year, which is the model we are getting.

BYD’s leadership in BEV technology stems from it having originally begun in the mobilephone battery business in 1995. It grew to be a major supplier of batteries to many companies and then diversified into related industries. Its involvement in automobile production began 20 years ago and though it initially made combustion engine models, it focussed on electric powertrains and built up its knowledge and expertise.

Like other carmakers, it has developed a modular platform for its many models, with the common architecture and technical elements enabling economies of scale to keep costs down. BYD calls it the e-Platform 3.0; unveiled last year, it is regarded as ’the cradle for the next generation of EVs’. The platform is specifically for BEVs and not applicable even for hybrid EVs.

The ATTO 3 is the first SUV to use the platform, on which is mounted a modern body form inspired by the Attosecond, the smallest time scale unit in physics. This incorporates the carmaker’s latest Dragon Face design language which was conceived at the BYD global design centre which has designers from Mercedes-Benz, Ferrari and Audi.

As BEVs do not need the traditional cooling through the front end, the ‘grille’ area is closed off for better aerodynamics. Slim LED headlights with a distinct visual signature formed by the DRLs flank the grille. At the rear, the presentation follows current trends with a full-width light strip. An interesting touch is the textured finish on the C-pillar (rather like that on the latest Kia Carnival).

The pictures may make it hard to figure out how big the ATTO 3 is but its length of 4455 mm is comparable to the Perodua Aruz which is 4435 mm. However, the BYD SUV is much wider at 1875 mm whereas the Aruz is 1695 mm. Its wheelbase of 2720 mm is also 35 mm longer. If making a comparison among SUVs, Proton’s X50 would be a close, though just slightly smaller, rival.

It is the only battery that has been able to pass the nail penetration test, a very demanding method of testing thermal runaway. This is a condition when the temperature of the battery pack becomes dangerously high due to an uncontrollable chemical reaction. Testing of Blade batteries in other extreme conditions, such as being crushed, bent, being heated in a furnace to 300°C and overcharged by 260%, has also shown that there were no fires or explosions resulting.

Besides extended single-charge range capability, the space utilization of the Blade Battery pack is increased by over 50%, compared to other lithium iron phosphate block batteries. The Blade battery resembles a blade (hence its name) with positive and negative terminals on each end. Each ‘Blade’ is 960 mm long, 90 mm high and only 13.5 mm thick. This enables more Blade cells to be installed inside the pack, increasing energy density.

Range is obviously high on the list of questions for EV buyers and for the ATTO 3, the claimed range is 410 kms with a 49.92 kWh battery pack and 480 kms with a 60.48 kWh battery pack. With its electrical system having 400V architecture, the ATTO 3 can be charged with AC as well as DC supply. DC supply will enable shorter charging times, with a completely empty battery pack reaching 80% capacity in a claimed 45 minutes.

The AC charger (Type 2) that is on-board can accept household supply (it is advisable to upgrade your home electrical system) and if used, the charging to from 0 to 100% is said to be up to 28 hours. If you are in a hurry, it’s useful to note that each hour of charging can provide 10 kms of range (35 kms if you use a dedicated wall charger) for the EV.

As an introductory promotion, ATTO 3 EV buyers will get a free portable home charger, V2L cable for connecting external devices to be powered, and charging credit worth RM1,000. The battery pack and powertrain have a warranty of 8 years150,000 kms, while the rest of the vehicle is 5 years.

Moving inside, it’s clear that the designers have tried to depart from convention and it remains to be see if the futuristic presentation catches on. BYD says its approach ‘reflects a positive and energetic attitude towards life’ and there is a degree of innovation too.

The instrument panel, for example, has been shrunk to the size of a small tablet (127 mm/5 inches width)– quite a change from the larger display panels drivers would be used to. The small size of the instrument panel (fully digital, of course) makes the centre display panel look huge and it is 12.8 inches. This large display is in a portrait position by default but at a press of a button, it can rotate into a vertical tablet orientation – that’s pretty clever!

The infotainment system has Apple CarPlay (USB) and wireless Android Auto to be available during the second quarter of 2023. Besides Bluetooth connectivity, there is also a voice assistant for handsfree management of certain functions.

With the generous body width, the cabin feels spacious when settled in the synthetic leather covered seats. The airiness of the interior is enhanced by the large panoramic sunroof that is standard for both versions. For convenience, there are features such as wireless charging, a portable card key and air cleanliness is maintained with a CN95/PM2.5 filter in the ventilation system.

Safety on par with European models

Chinese cars are now as good in many respects as cars from Europe and Japan and even in safety, they are on par. The ATTO 3 comes with a comprehensive list of safety systems and features that include automatic emergency braking, adaptive cruise control (down to 0 km/h), rear collision warning, rear cross traffic alert and adaptive front lighting. For easier parking, the driver can refer to a 360-degree monitor with front and rear sensors to provide alerts of obstacles.

Generally, the equipment and features are similar for both versions and most of the difference in the price between the two versions is related to the battery pack. So it’s pretty much a question of what you daily driving requirements are. The 410-km range of the cheaper ATTO 3 should be adequate for most people and you would only want to 480-kms offered by the Extended Range version if you are going to travel outstation regularly.

BYD is a new player and as with any new brand, potential customers will wonder about how well they will be supported and how reliable the product is. Only time will tell but with Sime Darby Motors as a local partner, we think that owners should have assurance of an experienced automotive company being involved. The retail and aftersales network will number 20 outlets by the end of 2023 and then double during 2024, so there should be good coverage nationwide.