Despite its deceivingly small engine, Perodua’s Ativa easily lives up to its name... 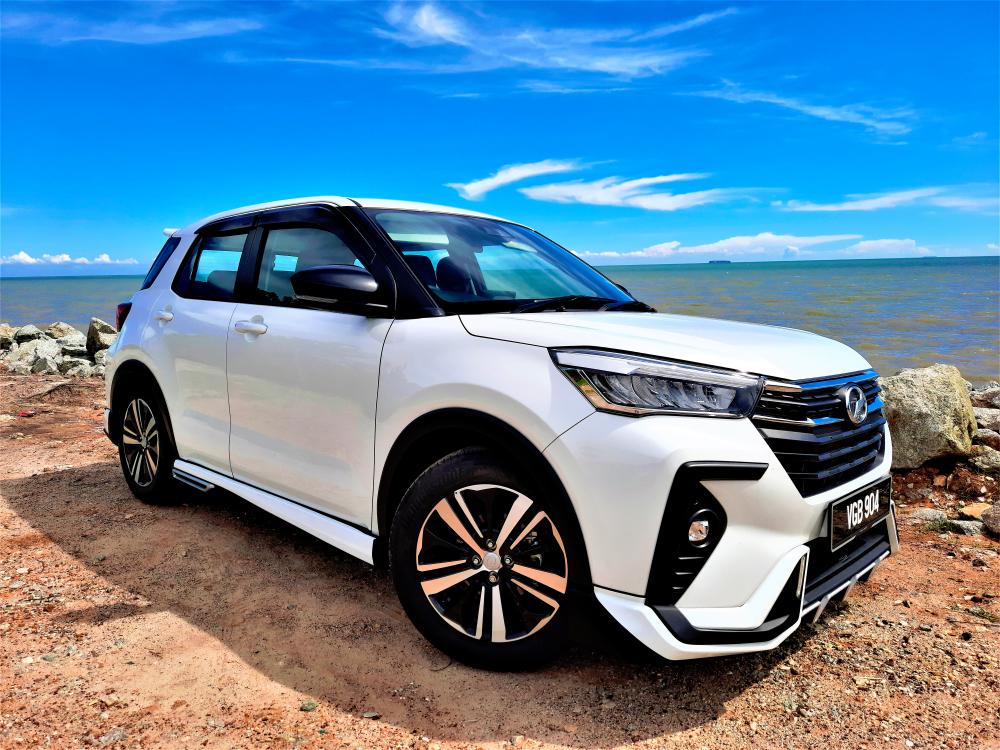 JUST a thousand cc?? With three cylinders for an SUV?”, “Can go up the highlands ah? Not enough power lahh!” – those were the common initial reactions by my colleagues and friends to the Perodua Ativa’s engine type and displacement, when details of it made the rounds before its launch on March 3 this year.

Even with a turbocharged engine, making it the first blown Perodua – and a name that means “active” in Portuguese – a large number of the public, including Perodua users too, till today are still sceptical of its capability, where the old Kembara SUV comes to mind. As it is, the Aruz MPV turned off many who were considering a compact MPV, looking at it as “underpowered”. Those people somehow overlook the fact that the Kembara and Aruz do not have turbocharging, unlike the Ativa.

It shows how test drives (aside from very attractive looks and pricing!) are the ultimate seller for many if not all cars, since many people out there will forever not fully understand what forced induction actually does and what to make of those power and torque figures given out by car companies in their press releases, brochures and advertisements.

Despite my not attending Perodua’s media sneak preview and sampling of the Ativa before its official launch, I was expecting its turbocharged, three-pot 1.0-litre unit to sufficiently haul the SUV, as if it has a non-turbocharged, four-cylinder 1.5-litre engine. But I did not expect it to exceed my expectation.

What I forgot to take into account was that the Ativa is about 275kg lighter than the Aruz. That, plus its higher maximum torque along a wider rev range give the SUV a very significant power-to-weight advantage, i.e. it has a whole lot more grunt than its MPV colleague and also the old Nautica SUV (remember this one?).

Right after picking up an Ativa 1.0L Turbo H variant from Perodua at its HQ near Rawang and exiting the company’s premises, I floored the accelerator and whoosh, we lurched forward almost immediately. It felt like driving those super-compact, turbocharged 660cc Japanese kei cars.

Those of you who many years ago replaced your poor little Kancil engines with turbocharged 660cc Daihatsu Mira units (or at least being in or have driven such a car belonging to a friend) will know what I mean.

There were no complaints from the engine, no long wait for the speedometer numbers to go up and up and certainly no symptoms of asthma from the vehicle. I was actually delighted. This one “got power lahhh!”

The first few kilometres upon leaving Perodua’s HQ did not reveal a lot more of the Ativa’s performance, due to the busy traffic.

However, once I was on the main road which was part of the old Kuala Lumpur-Ipoh trunk road, the SUV showed promising enthusiasm, despite its 1,035kg kerb weight (excluding the garish Perodua in-house developed optional bodykit and interior accessories you can see in these photos here). I was looking forward to drive it through the Rawang Bypass to return to Petaling Jaya and feel whether those “just” 998cc and three cylinders could do a decent job in hauling the SUV around Malaysia.

From the trunk road, we went up the bypass’ viaduct along a short and exhilarating ascend; the Ativa’s stable of horses and torque range more than sufficient to power us all the way to the highest point, which is the highest roadway viaduct in Malaysia too.

Obviously, the turbocharging in the Ativa adds a very significant advantage to its performance, if you are still wondering whether the SUV is slightly more powerful than the non-turbocharged three-cylinder Peroduas – the 1.0-litre Bezza variant, Axia and the older Viva, Kelisa and Kenari.

The first truly smart partnership between Perodua and its technical and technology partner Daihatsu, the Ativa is Perodua’s first turbocharged vehicle, its first to use a continuously variable transmission and its first to satisfy Autonomous Driving Level 2 standards (only in the 1.0L Turbo AV variant).

With two cousins, I drove the Ativa on a joyride to Morib, Selangor, from Kuala Lumpur, along mostly highways. Most of the time, we travelled at way above permitted legal speeds in relative comfort, with the Ativa’s engine singing an enthusiastic-but-not-angry tune all the way. It was also a delight that its fuel consumption was not a concern, despite my heavy right foot.

On some parts where we had to travel on urban narrow and bumpy roads to get to Morib, the Ativa’s suspension and handling handled them well. No complaints from my passengers and certainly no issues for Perodua’s latest SUV. I was even fantasising owning an Ativa, albeit briefly before snapping out of it. That was odd, since I never dreamed of owning any SUV.

The Ativa has a full suit of Smart Drive Assist system, comprising the Advanced Safety Assist (ASA*) 3.0, which is standard across the range for the first time; Driving Assist, Parking Assist and Headlamp Assist.

ASA 3.0 – which works at higher speeds (up to 120km/h for vehicles, up to 60km/h for pedestrians) versus the current ASA 2.0 and can now detect two-wheeled vehicles as well as function at night – consists of pre-collision warning, pre-collison braking, front departure alert and pedal misoperation control.

The Ativa variants, colours and final prices (on-the-road before insurance for Peninsular Malaysia) are:

**H and AV variants only

Note: Perodua reminds us all that ASA is a driver assistance system that helps to reduce the risk of collisions and is by no means a substitute for safe driving. “Always be alert and cautious behind the wheel.” 2.Astaka, DMR in MoU for potential development of projects in Johor

5.Problem-solving Barty on road to another Slam title