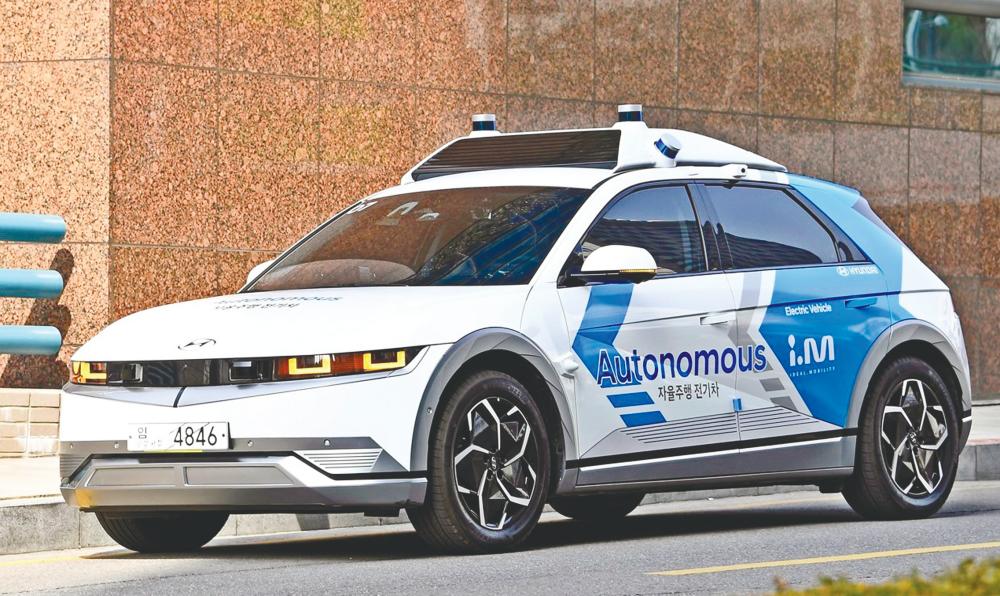 THERE are 6 levels (include level 0) of autonomous driving technology established by the US Society of Automotive Engineers (SAE), and currently, many vehicles are able to offer up to Level 2 but the driver must still give attention.

Beyond Level 2, the requirement for the driver to be ready to take over control when necessary becomes less.

By level 5, the vehicle can operate entirely on its own and the driver can even read a book or watch TV while moving.

For the higher levels to be introduced requires that other elements of the environment around the vehicle must also be ready.

For instance, signage must be clear so that the cameras can capture important information and road markings must also be well defined for the vehicle to travel in a precise position.

For this reason, even though there are some vehicles already able to operate at Level 4 where driver control is not needed, they can only do so within a limited area of a city or highway.

As such, they are currently being used for vehicle-sharing purposes where the public can use them as autonomous transport around the city.

The Hyundai Motor Group (HMG) is one of the companies that has a vehicle ready to operate with Level 4 technology and it will be running a pilot service in the Gangnam area of Seoul, South Korea’s capital city.

The pilot RoboRide will be the first car-hailing service with autonomous driving vehicles to operate in Gangnam, one of the most congested areas in metropolitan Seoul.

For the pilot service, the Group has obtained a temporary autonomous driving operation permit from the authorities. It will collaborate with Jin Mobility, a Korean startup operating the artificial intelligence (AI)-powered car-hailing mobility platform ‘iM’.

Jin Mobility will be in charge of operating the two Ioniq 5 RoboRide units on its i.M application.

Hyundai also plans to expand the pilot service, while further developing autonomous driving technology with consideration for various conditions, such as driving stability.

“At Hyundai Motor Group, we are developing Level 4 autonomous driving technology based on the internally developed Advanced Driving Support System, whose functionally and safety are verified through mass production and successful commercial launch,” said Woongjun Jang, senior vice-president and head of the autonomous driving centre of HMG.

“We expect this RoboRide pilot service will be an important inflection point that will enable us to internalize autonomous driving technology.”

To prepare for such a complicated driving environment, HMG has also worked with Seoul Metropolitan Government to establish a system that can connect traffic signals with autonomous vehicles.

In addition, an in-house developed remote vehicle assist system will be provided to ensure safety. The system monitors autonomous driving status, vehicle and route, and supports the trip with remote assist functions, such as changing the lane under circumstances where autonomous driving is not feasible.

Based on the Level 4 autonomous driving technology, a RoboRide vehicle will perceive, make decisions, and control its own driving status, while its safety driver will only intervene under limited conditions.

The RoboRide pilot service will operate from 10am to 4pm, Mondays to Fridays, to minimise any possible inconveniences on the road. Up to 3 passengers can be on a ride, and there will be a ‘safety driver’ present in the vehicle as well to respond to any emergencies.