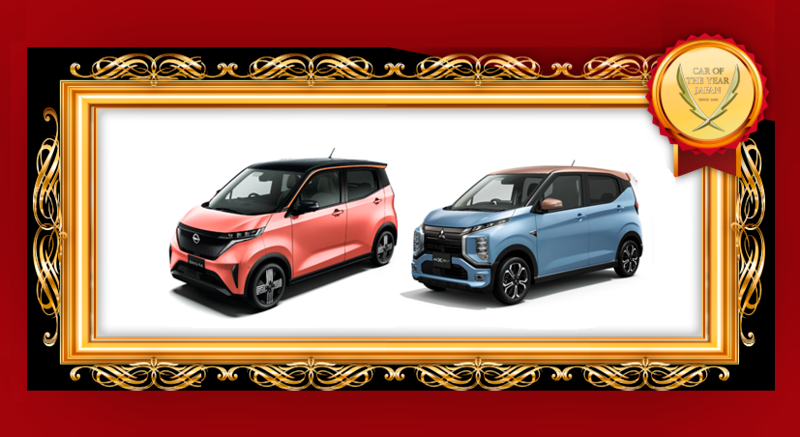 NISSAN and Mitsubishi Motors share the 2022-2023 Japan Car of the Year (JCOTY) award with the Nissan Sakura/Mitsubishi eK X EV being awarded the title this year. Besides being the second consecutive year for Nissan, this is the sixth time that a model of the brand has won the overall title which has been annually awarded since 1980. For Mitsubishi Motors, it is the fourth time receiving a JCOTY award.

The minivehicle was among 11 finalists (one more than usual as there was a tie) from 48 nominees. This year, among the Best 11 Cars, 4 models were from foreign brands – the BMW iX, Hyundai IONIQ 5, Range Rover and Renault Arkana. The Japanese models were the Suzuki Alto, Nissan X-Trail, Nissan Fairlady Z, Mazda CX-60 e-SKYACTIV-D, Toyota Crown, Nissan Sakura/Mitsubishi eK, and Honda Civic e:HEV/Civic Type R.

According to the JCOTY organisers, the 60-member jury found that the minivehicle is priced competitively for EV ownership and will contribute to the spread of EVs in Japan. “In addition, combining a minivehicle with an EV not only ensures mobility for many people, including the elderly. It also shows the potential for solving societal issues, in consideration of the anticipated decrease in the number of gasoline stations and public bus transport resulting from carbon-neutral activities” the jury’s statement said.

Furthermore, the jurors rated the handling and dynamic performance of the Sakura/eK as surpassing that of conventional minivehicles. The safety technology also received high marks, notably for its 360° Safety Assist (all-around driving support system) which provides driving support similar to the level of luxury cars.

The minivehicle also impressed with its cruising range of 120 kms to 150 kms, which is suitable for daily motoring. Also commended was its high level of handling stability and cabin quietness.