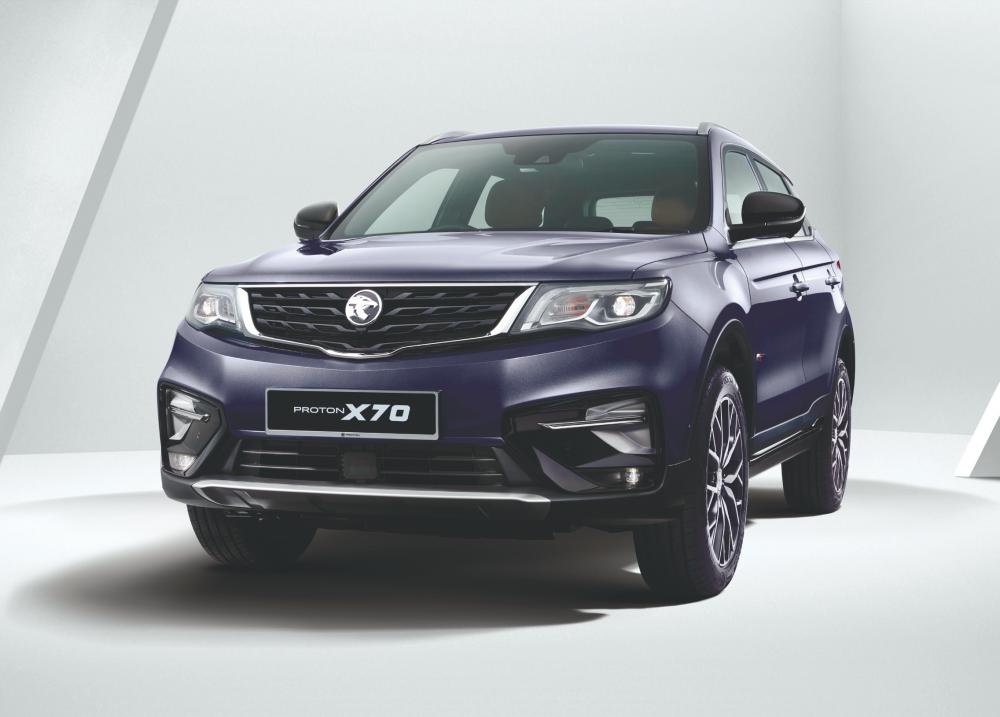 THE first product to be launched when the Zhejiang Geely Holding Group (Geely) became DRB-HICOM’s partner in Proton was the X70, “Malaysianised” from the Geely Boyue within a year of the partnership agreement being signed.

It has remained a strong seller in the 4 years it has been in the market and is sold overseas as well.

Although demand remains strong, Proton is not taking things for granted and has given it some updating for the 2022 model.

Besides some minor cosmetic changes, the extensive features, especially the ones with “intelligence”, generally remains the same for each of the 5 variants.

However, there is now an additional engine option. This is the 1.5-litre engine jointly developed by Geely and Volvo.

Already used in the X50 as well as export versions of the X70, the engine is powering vehicles in 22 countries where other brands of the other Geely Group are sold.

The engine is a compact 3-cylinder unit with 4 valves per cylinder for better breathing efficiency. Though small in displacement, turbocharging and direct fuel injection as well as other new technologies enables it to produce 177ps/255Nm.

That is certainly a huge increase from normal 1.5-litre engines and not only saves fuel but also road tax cost.

The reason why a 3-cylinder configuration has gained more widespread use over the past 15 years has been that the industry has been downsizing powerplants to improve fuel efficiency and reduce emissions. With turbocharging and more advanced fuel delivery, it has been possible to squeeze more out of a 3-cylinder engine with a smaller displacement. The reduced displacement and size means less consumption, which Proton claims is 7% less than the 1.8-litre engine.

Where durability is concerned, the engine has been tested thoroughly over 12 million kms in all types of conditions.

Whatever has not lasted has been addressed and Malaysians are now getting an optimised version with all the improvements made over the past few years. Incidentally, it is assembled at the Tanjung Malim factory as well.

There’s a 7-speed dual-clutch transmission (wet type) which sends power to the front wheels or all four wheels, the latter all-wheel drive (AWD) system having been demanded by some customers. Whether to pay the extra RM5,800 for having AWD is really up to you.

There are advantages with AWD and not necessarily for off-road use. It can improve grip on the road but systems like Electronic Stability Control and traction control also help improve grip in slippery conditions. So the added cost of AWD (plus some extra weight) may not be necessary.

We had a chance to take a quick drive with the X70 running the 1.5-litre engine to find out if the heavier and larger vehicle size compared to the X50 means performance is not so good.

Generally, if not told whether it is a 1.5 or 1.8 engine, most people are unlikely to discern the difference. Only someone who owns a 1.8 or enthusiasts will be sensitive to the smallest differences.

However, when accelerating hard, there is still that familiar “motorboat noise” of 3-cylinder unit but it is not too intrusive due to the good NVH measures.

It sounds “distant” and is at a frequency that does not irritate. In terms of engine smoothness, there’s virtually no difference to the X70 1.8 when cruising.

On paper, the difference in 0 to 100 km/h time is said to be just 3/10ths of a second longer than the X70 1.8. Though this seems insignificant, there is some perceptible difference at the lower end when you accelerate hard. To compensate for the lower output but heavy body, the maximum torque is available 250rpm earlier than the 1.8 engine, but the SUV doesn’t surge off the way the X70 1.8 does.

But then again, how often does the average driver floor the pedal when moving off, unless he or she is in a real hurry? In real-world driving (which is how I assess a car), the acceleration is strong enough to move off briskly and get up to speed fast enough.

The more important thing is how quickly the car can accelerate in mid-range as this is when you overtake others or join a highway. With plenty of torque, there’s little lag and the engine doesn’t hesitate, accelerating cleanly from low revs. And the 7-speed DCT also provides a good spread of gears to smoothly transition up and down.

While Proton still has the supply issues delaying deliveries, the earlier you book, the better since you get in the queue earlier. The prices range from RM93,900 to RM121,800 without sales tax and insurance.