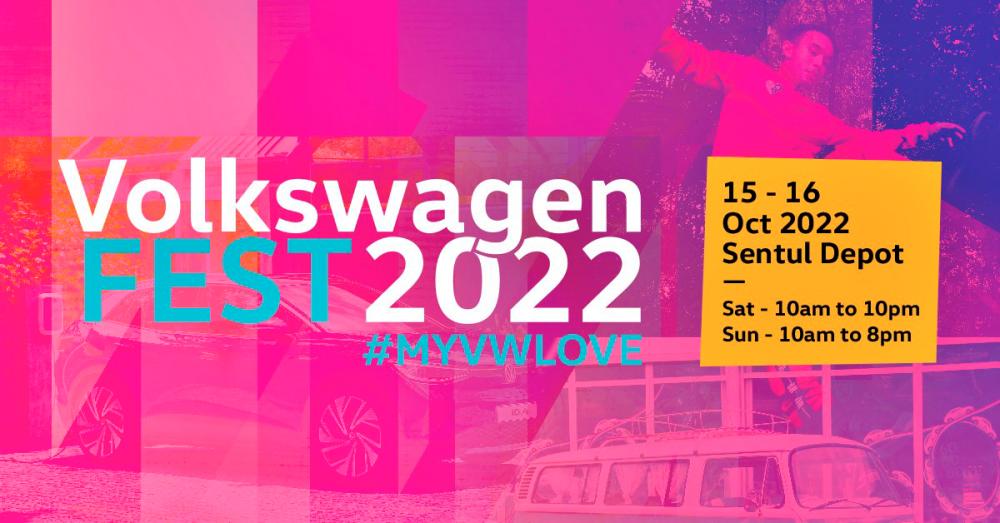 THE Volkswagen Fest returns this month after being unable to run for the past couple of years due to the pandemic. The event, organised by Volkswagen Passenger Cars Malaysia (VPCM) has everything Volkswagen and a celebration of music and culture.

This year, the Volkswagen Fest will be held on October 15 and 16 at the historic Sentul Depot in Kuala Lumpur. It promises to be even bigger than before, with lots of activities for fans of the brand as well as all the family.

Over the 2 days (starting from 10 am each day), visitors will be able to travel back in time with a myriad of classic Volkswagen models, and enjoy different live performances – from a battle of the bands to freestyle football displays. There’s also a Volkswagen Driving Academy where juniors can earn their very first driver’s license.

Naturally, the range of Volkswagen models available for the Malaysian market will also be on display. These include the Arteon, Golf and Tiguan, and all of them can be experienced with test-drives.

VPCM will also be giving a glimpse of the future with a sneak preview of the all-electric ID.4, a member of the ID. family of electric vehicles. With the government allowing import and sales of electric vehicles without duties, VPCM would want to make use of the chance to introduce Volkswagen’s ID. range to Malaysians. When sales will actually start remains to be seen though.

Meanwhile, VPCM has also announced its ‘We Drive Football’ campaign, in line with the brand’s commitment to embrace the passion, unity and diversity that comes with the footballing way of life. To be held throughout the final quarter of 2022, the campaign begins with aftersales deals on selected wear and tear parts for Volkswagen owners.

Owners will also stand a chance to win exclusive Volkswagen football merchandise when they take advantage of the deals, which are available on the Volkswagen Cares mobile app.

“The Volkswagen brand has been supporting football all over the world under its #WeDriveFootball tagline, and we are delighted to be able to join in the celebration that follows football everywhere it goes,” said Erik Winter, Managing Director of VPCM. “This aftersales initiative is only the beginning of our ‘We Drive Football’ campaign on a brand level; in the next few weeks, we also will be launching other initiatives and announcing a partnership that would greatly support Malaysia’s budding grassroots football scene.” – By Chips Yap