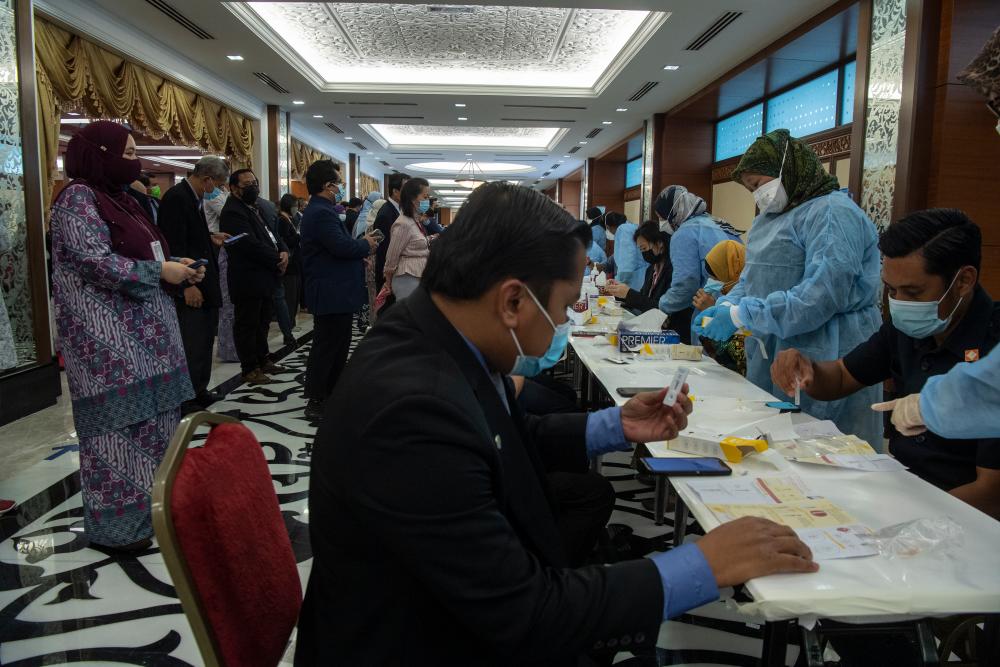 Of this number, 10 positive cases were detected using the RTK Ag saliva test kit and one was detected through the ﻿RT-PCR test, he said in a statement today.

He said the Health Ministry (MoH) had been informed of two positive Covid-19 cases in Parliament yesterday, with the first case involving a staff member who was present in Parliament from July 26 to 28 who underwent the RT-PCR confirmation test on his own at a health facility after experiencing symptoms of cough and flu.

The second case was detected using the RTK Ag saliva self-test kit in Parliament on the morning of July 29 after the individual concerned experienced the cough symptom, he said.

Dr Noor Hisham said based on risk assessment done with information from early investigation and history of movements of the two cases, it was feared that they could have been present at several locations in Parliament during the special meeting of the Dewan Rakyat.

The five-day special sitting began on July 26 and will end on Aug 2.

He said two of the 10 positive cases detected using the RTK Ag saliva test had mild symptoms but were stable while the other eight did not have symptoms.

“The Health Office will follow up on the 10 positive cases from the Covid-19 screening tests,” he said.

Following the detection of these positive cases, health teams will undertake investigation, risk assessment, contact tracing, and prevention and control measures, including cleaning and disinfection at Parliament building, he added.

He advised those who are going to attend the special sitting next week to go for Covid-19 tests first.

“Those with symptoms should go for examintion and not turn up in Parliament. MoH will make announcements on the latest developments from time to time based on the results of screening and contact tracing conducted,” he said. — Bernama