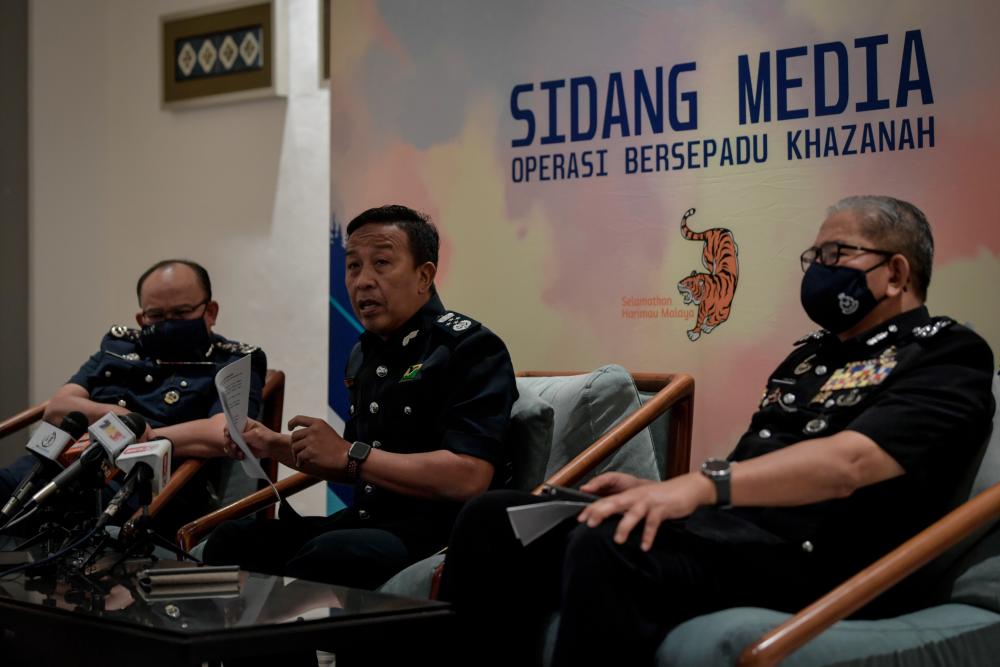 GEORGE TOWN: The authorities have arrested 127 individuals, including poachers and seized items, including wildlife worth RM31.86 million through 11 series of joint Khazanah Intergrated Operation (OBK) carried out nationwide this year.

“The highest seizure of RM31.86 million was recorded this year compared to the last two years with RM4.25 million. The success was due to the integrated collaboration between police, Royal Malaysian Customs Department (JKDM), Forestry Department Peninsular Malaysia, Immigration Department and several non-governmental organisations (NGOs).

“Throughout this year, the remnants of 56 foreigner tents were detected at the Forest Reserves and National Parks, 19 trees were cut and 2,352 elements of hunting and encroachment have been successfully recorded,” he told reporters after the OBK meeting.

The OBK, which was conducted in several phases since Sept 2019, was to combat encroachment, illegal logging, theft of national forest products and wildlife hunting, as well as other offences under the Wildlife Conservation Act 2010.

Since 2019, he said, 39 series of patrols have been carried out with 181 investigation papers opened involving 350 arrests.

Meanwhile, 1,425 wildlife traps were destroyed and 28 licensed and homemade firearms were seized from poachers, he added.

“Based on OBK, we found our country was being used as a transit for some wildlife smugglers, especially pangolins, brought in from Indonesia before they were smuggled via air and sea to other countries such as Vietnam and China. Last year alone, we seized two tonnes of pangolins,” he said.

“The unit, comprising 50 personnel, would use its expertise to assist Perhilitan to cripple syndicates that have wildlife smuggling networks, including seizing the bank accounts under the Anti-Money Laundering and Anti-Terrorism Financing Act (AMLA),“ he added.-Bernama