2023 Federal Territory Day celebration to be held on modest scale 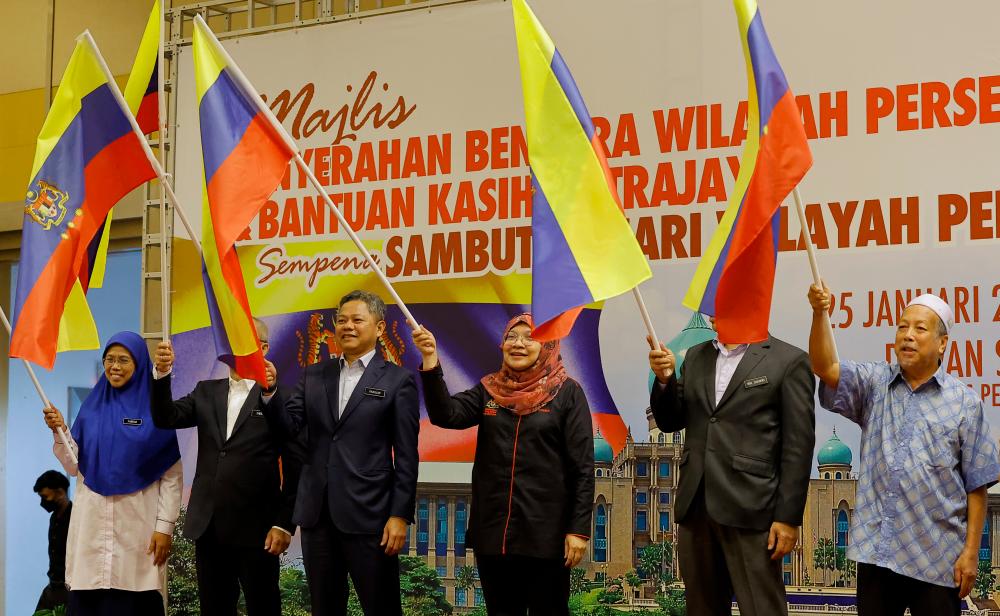 PUTRAJAYA: The 2023 Federal Territory Day celebration will be held on a moderate scale on Feb 1 with expenditure on the celebration reduced by almost 10 times from before, said Federal Territories Department (JWP) director-general Datuk Seri Rosida Jaafar.

She said this was in line with Prime Minister Datuk Seri Anwar Ibrahim’s call for cost-saving measures to be taken so that the savings could be used to help tithe recipients and the B40 group in the Federal Territory.

“It is not that we are doing away with the celebration, but it will be held on a prudent and modest scale. We will continue to implement the usual programmes with the community, schools and the private sector,“ she told reporters after the Federal Territories Flag Handover Ceremony and Bantuan Kasih Putrajaya programme here, today.

At the event, a total of 10,000 Federal Territories flags were distributed to 60 residents’ associations, 54 Neighbouhood Watch Areas (KRT) and 27 schools in Putrajaya to foster a sense of belonging among Federal Territory residents.

In addition, gift vouchers worth RM300 each were given to 100 recipients from poor and B40 households in Putrajaya.

Rosida said JWP had issued a directive calling for the installation and flying of the Federal Territories flag at private sector or privately owned premises in the federal territories of Kuala Lumpur, Putrajaya and Labuan.

“Yes, we have issued a directive but not to the extent that they will fined if they fail to do so. Those who comply can look forward to discounted licence renewal and other goodies,” she said when asked if action would be taken on defires. -Bernama