26 CCTVs to be installed in Kuching city 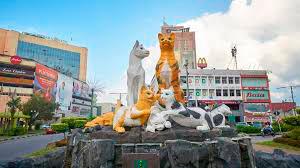 Assistant Minister of Utilities (Water Supply) Datuk Dr Abdul Rahman Junaidi said the RM175,000 project was a state government effort through SMA which was implemented in collaboration with the India Street Pedestrian Mall Committee and the management of Plaza Merdeka shopping mall.

“A popular shopping mall in the city will provider server room facilities as well as personnel to monitor the CCTV system to inform on any criminal incidents recorded to the police and handle recordings requested by the relevant authorities,” he told a press conference after launching the pilot project, here.

“After installation, the CCTV will also be connected to the Integrated Operations Centre (IOC) which is being built by SMA in the state to enable artificial intelligence technology (AI) to track activities that occur in the affected areas,” he added.

Abdul Rahman said the pilot project is expected to be fully operational by the end of this year.

“The CCTV cameras are not just accessories but an important gadget to prevent criminal activities and enhance the efficiency of the enforcement agencies.

He said there are currently 74 shops in India Street Pedestrian Mall which is known as the busiest street in the Kuching Old Bazaar besides being a heritage treasure with a history of more than 170 years. -Bernama

4.Price control scheme: KPDNHEP to step up enforcement till Dec 31