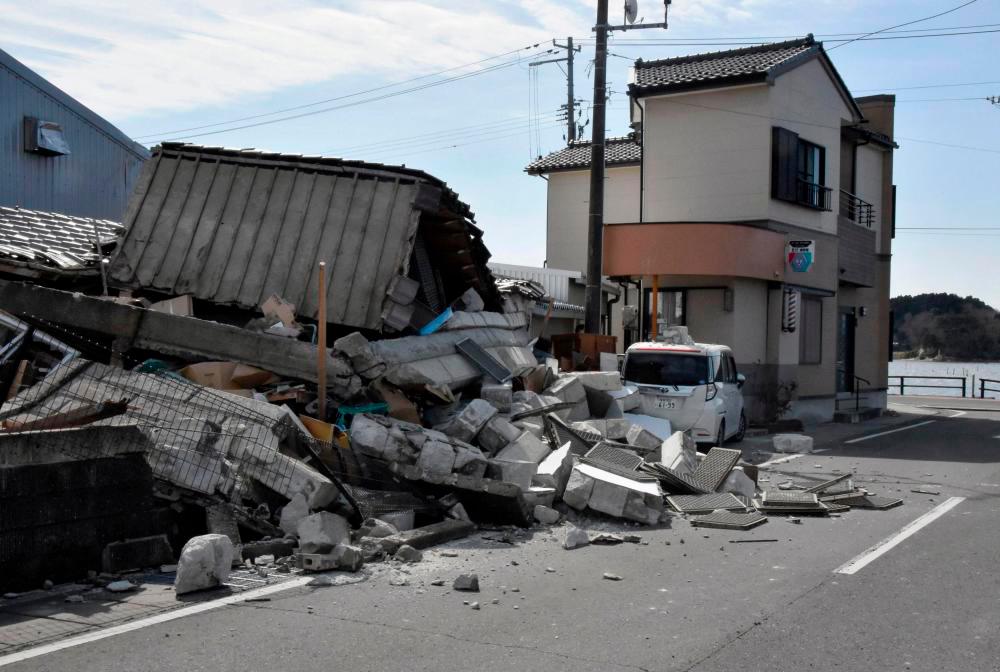 TOKYO: An earthquake with a preliminary magnitude of 5.9 struck Japan’s southwestern prefecture of Miyazaki and other areas early Sunday, the weather agency here said, with no tsunami warnings issued.

According to the Japan Meteorological Agency (JMA), the quake occurred at 12.02 am local time with its focus at a depth of about 30 kilometres off the Osumi Peninsula, registering lower 5 on Japan’s seismic intensity scale in the city of Nichinan, reported Xinhua.

The temblor measured 4 in the city of Miyazaki on the Japanese seismic intensity scale which peaks at 7 and some other parts of the prefecture and 3 in the nearby prefectures of Ehime, Saga, Kumamoto, Oita and Kagoshima, the JMA said.