67 PPR, PA projects in KL to be installed with new elevators - Ismail Sabri 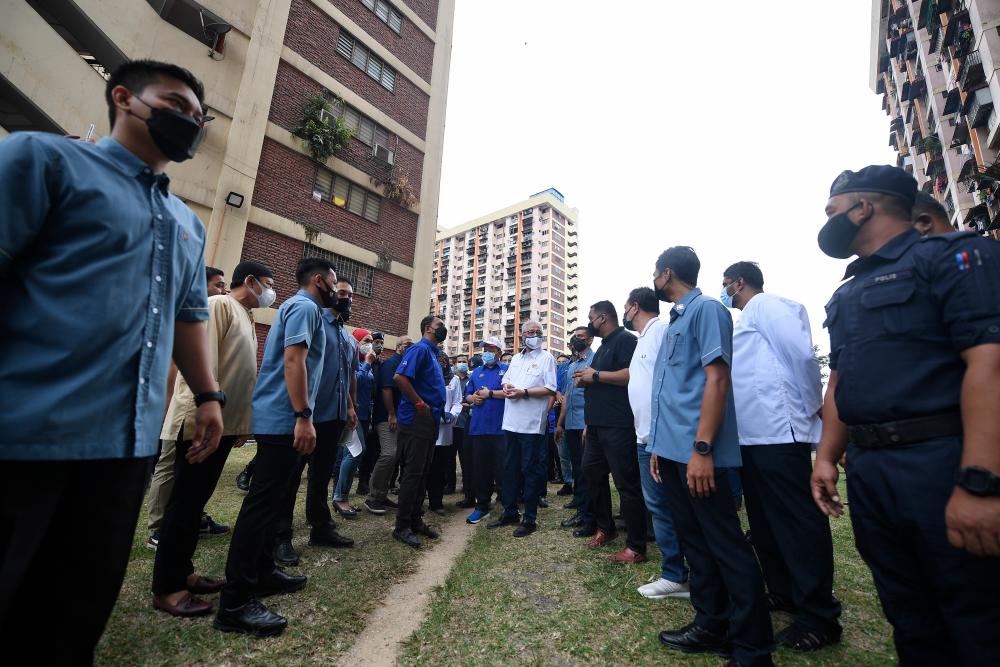 He said Kuala Lumpur City Hall (DBKL) has allocated RM127 million for replacement of old lifts at the PPR and PA projects.

Ismail Sabri said work on the elevator replacement is expected to begin early next year after the contract procurement process is completed.

“In any PPR project, lifts are essential to allow residents to move about and the government views this problem (old and damaged lifts) seriously.

“I hope the procurement process can be expedited and the time taken (for lift replacement) could be one to two years, depending on the contract and the number of blocks at each PPR,“ he told a press conference after visiting Seri Perak PA here, today.

Ismail Sabri said of the total allocation, RM8.4 million would be channeled to the Seri Perak PA which has been in existence for 35 years, for the replacement of 14 lift units at seven blocks.

In addition, he said DBKL has also allocated RM1.8 million for electrical wiring at the housing project.

The Prime Minister said under the Strategic Programme to Empower the People and Economy (Pemerkasa), the government had allocated RM15 million for the upgrade and maintenance of facilities such as drains, sidewalks, children’s playgrounds and futsal courts at all PPRs and PAs in Kuala Lumpur.

On the issue of insufficient parking spaces in PPR and PA areas, Ismail Sabri said the government was looking into several ways to solve the problem and among the solutions proposed was to build a multi-storey car park.- Bernama Azmin: IPEF provides dialogue platforms between US and partners Azmin: IPEF provides dialogue platforms between US and partners

3.Azmin: IPEF provides dialogue platforms between US and partners