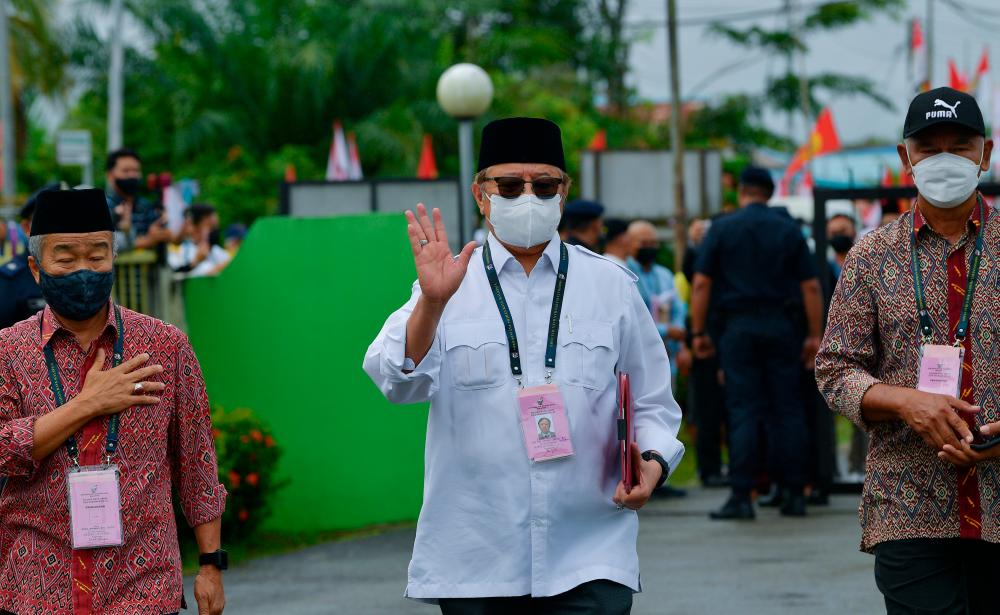 Their names were announced by Returning Officer for Gedong, Abdul Khalid Manap, after the nomination process at the Gedong Community Hall here closed at 10 am.

Abang Johari has chosen to contest in Gedong, a rural constituency, after serving nine terms in Satok.

Gedong, which has 7,208 registered voters, comes under the Batang Sadong parliamentary constituency and is about an hour and a half drive from Kuching.

Gedong was one of 11 new state seats created in a redelineation exercise in 2015 and about 60 percent of its voters are Malay, Iban (30 per cent) and others (10 per cent).

The incumbent, Datuk Mohd Naroden Majais had prior to this announced that he was giving way to allow Abang Johari to contest the seat this time around.

Naroden, who is also Assistant Minister of International Trade and Industry, Industrial Terminal and Entrepreneur Development, was a five-term assemblyman for Simunjan before moving to Gedong in the 2016 state election.

Polling is on Dec 18 while early voting will take place on Dec 14. -Bernama Percy Jackson and the Olympians lands a series on Disney+