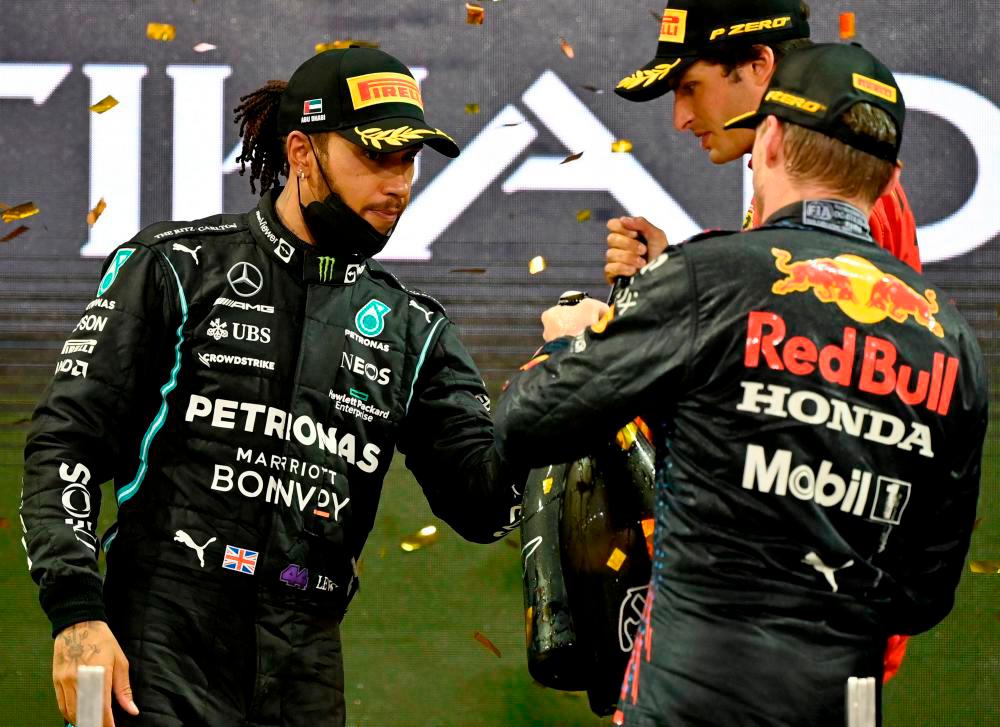 PARIS: Max Verstappen and Lewis Hamilton must wait two more months for motorsport chiefs to reveal the results of their inquiry into the Abu Dhabi Grand Prix where the Dutchman clinched the 2021 world title.

Governing body, the FIA, said Thursday that the outcome will not be revealed until March 18, just two days before the 2022 season gets underway in Bahrain.

Hamilton was poised to capture a record-breaking eighth world title at the Abu Dhabi finale in December before a controversial safety car restart allowed Verstappen to pass the British driver on the last lap.

The incident has led to speculation that a disillusioned 37-year-old Hamilton may be prepared to turn his back on Formula One.

On Thursday, the FIA said that team chiefs as well as representatives of the ruling body will meet on January 19 to discuss the use of the safety car.

Drivers will also be brought into the discussions, it said.

“The outcome of the detailed analysis will be presented to the F1 Commission in February, and final decisions will be announced at the World Motor Sport Council in Bahrain on 18 March,“ added the FIA.