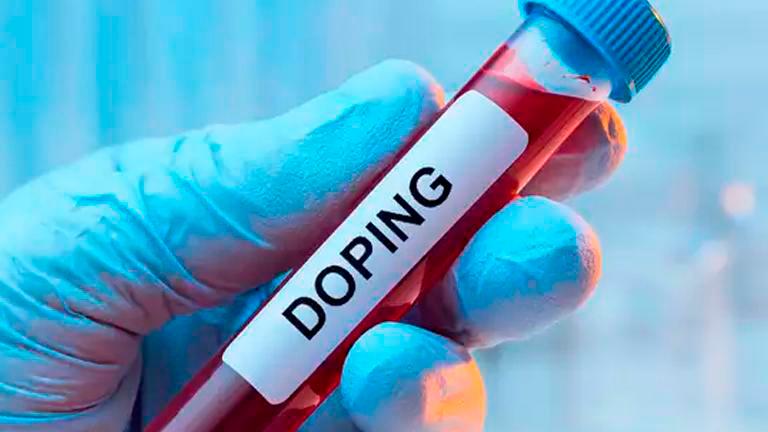 MELAKA: Doping in sports is a perennial issue worldwide. Despite imposing penalties and suspending errant athletes, as well as carrying out educational programmes, there appears to be no end to this substance-abusing behaviour.

The term doping refers to the use of prohibited medications, drugs or treatments by athletes with the intention of improving athletic performance.

In Malaysia, according to Anti-Doping Agency of Malaysia (Adamas) director Azura Abidin, doping in sports is “still under control”.

“Athletes need to be informed regularly on their role and responsibility to avoid involvement in anti-doping rule violations,” she told Bernama, adding that between 2010 and 2019, there were 115 positive cases of doping involving international, national and university athletes and stringers, comprising 91 males and 24 females.

From the positive records, there were cases of intentional and unintentional doping (presence of a prohibited substance in an athlete’s sample), she said.

Whether the number of positive cases is big or small, even a single incidence of substance abuse among athletes can tarnish the image of a nation.

It is more worrying when such cases involve young athletes participating in national-level events such as Sukma (Sukan Malaysia) which is for athletes from all over Malaysia aged below 21, and Sukan Institusi Pengajian Tinggi (SUKIPT) for university students.

Incidentally, two university student athletes participating in pencak silat and an athletic event were found positive for prohibited substances in 2016 during SUKIPT. These were the first instances of doping among university athletes since SUKIPT was introduced in 2012.

The absence of major tournaments and events since the start of the Covid-19 pandemic in March last year has also given rise to concerns of athletes seeking forbidden stimulants online to maintain their stamina and physical fitness. Azura herself is concerned about this.

“Even when under the close supervision of coaches and (sports) associations, we have cases of athletes using prohibited substances. And here they are now staying with their families ever since the movement restrictions were imposed,” she said.

Anti-doping authorities not only face the challenge of preventing the online purchases of performance-enhancing drugs by athletes but also have to deal with their parents who, according to Azura, have a shallow understanding of such substances.

“It’s a fact that some parents buy supplements or vitamins for their children who are involved in sports without knowing their actual contents. Of course, they are doing this (providing supplements to their children) without the guidance or advice of the National Sports Institute,” she added.

She said problems will arise when the children concerned are selected to be part of a national backup team and need to attend centralised training.

“Since they have to maintain their stamina, they will be compelled to go online to procure the ‘supplement’ they have been taking. And when they take part in a competition and get caught, it will not only ruin their future but the efforts of their coaches will go to waste.

“Not only that, the image and integrity of the team, association and nation will be smeared if it is an international event,” she said.

Azura also said that substance abuse in sports can have a negative impact on society as well.

“We are worried that what initially appears to be a problem in the national sporting arena can become more widespread and affect the people’s health.

“Just look at public and private gymnasiums... many of them sell supplements and vitamins, with the safety of its contents yet to be known. Some of them are said to contain steroids and people take them for body-building purposes,” she said.

Azura also said that Adamas has since 2019 been aggressively advocating and engaging with national federations, athletes, coaches and athlete support personnel through a series of anti-doping education, awareness and outreach programmes.

She said these programmes also give parents a clearer picture on supplements that can cause their children to be suspended from participating in competitions or, worse still, have their medals withdrawn.

Adamas, she added, is also working closely with the Ministry of Higher Education in educating athletes on the consequences of prohibited substances to their overall health.

Meanwhile, rapid advancements in the field of genetic engineering have given rise to the potential use of a practice termed as “gene doping”, which refers to the manipulation of expression of performance-related genes.

Elaborating on this, Dr Ngu Lock Hock, who is a consultant in clinical genetics and inherited metabolic diseases at Hospital Kuala Lumpur, said gene therapy can be misused for other purposes such as gene doping whereby genes that have the potential to increase physical endurance are inserted into the genome of an athlete to boost his or her performance.

“Such genes include the EPO gene, a gene that encodes the hormone erythropoietin that can increase the number of red blood cells and the capacity to transport oxygen to a person’s muscles,” he explained.

Another “performance-boosting” gene is HIF-1, which encodes the protein involved in hypoxia (deficiency in the amount of oxygen reaching the tissues) and can enhance the endurance of an athlete even in situations where there is a lack of oxygen supply to the muscles.

Dr Ngu said the list of genes that can potentially be manipulated is long and it includes IGF1, VEGFA, GH and MSTN.

“Such genes can be inserted into an athlete’s body using a carrier such as a viral vector and certain chemical substances such as liposome,” he said, stressing that gene doping is an unethical and illegal practice as it gives an unfair advantage to an athlete.

Pointing out that gene doping should be included in the category of drugs and substances prohibited by sports authorities, Dr Ngu said it (gene doping) might also pose other risks to athletes as the use of viral vectors and chemical substances can lead to side effects.

“Apart from that, once the inserted gene has merged with a person’s genome, it is rather difficult to control its expression. In fact, the natural genetic code of the person will also be affected, which may have undesirable effects,” he warned.

According to Dr Ngu, existing anti-doping technology cannot detect the use of gene doping among athletes.

However, research is currently being carried out to unearth new technology that can detect the practice of gene doping based on the detection of viral vectors, chemical substances, foreign proteins or antibodies to a protein present in a person’s body.

“Gene expression profiling and proteomic profiling are other alternative methods that have the potential of detecting the practice of gene doping,” he added.-Bernama Tuan Ibrahim: ‘Could be our last breakfast together’ After the floods, a wave of disease plagues Pakistan

Tuan Ibrahim: ‘Could be our last breakfast together’

After the floods, a wave of disease plagues Pakistan

1.Tuan Ibrahim: ‘Could be our last breakfast together’

5.After the floods, a wave of disease plagues Pakistan