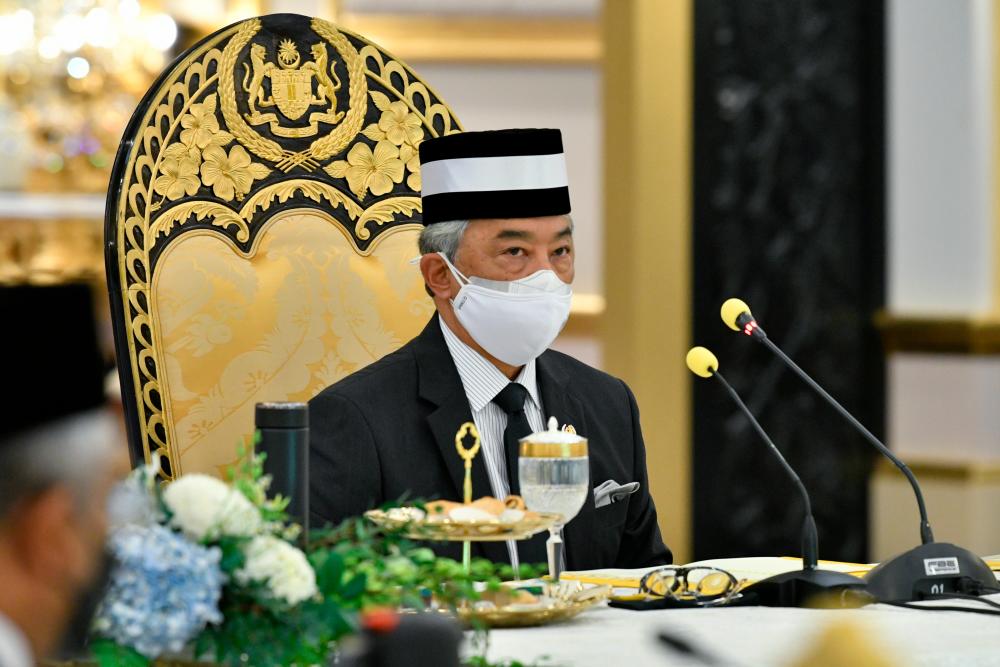 The states are Pahang, the three Federal Territories, Penang, Melaka, Sabah and Sarawak.

The King arrived at the venue at 10 am and was welcomed by the top officials from the Malaysian Islamic Development Department (Jakim), as well as the muftis and head of Islamic departments and agencies of the states.

The munaqasyah or discussion session is Al-Sultan Abdullah’s initiative aimed at discussing issues of Islamic affairs and strengthening the Islamic agencies in the states where His Majesty is the Head of Religion.

Today’s session was the fourth in its series, which was co-organised by Istana Negara and Jakim. The first session was held on June 20, 2019, the second on Oct 7, 2019, and the third on Feb 6 last year.

Six working papers were presented at the session and Al-Sultan Abdullah will share the summary from the presentation of the working papers with the Malay rulers at the 257th meeting of the Conference of Rulers slated for Nov 24 and 25. — Bernama