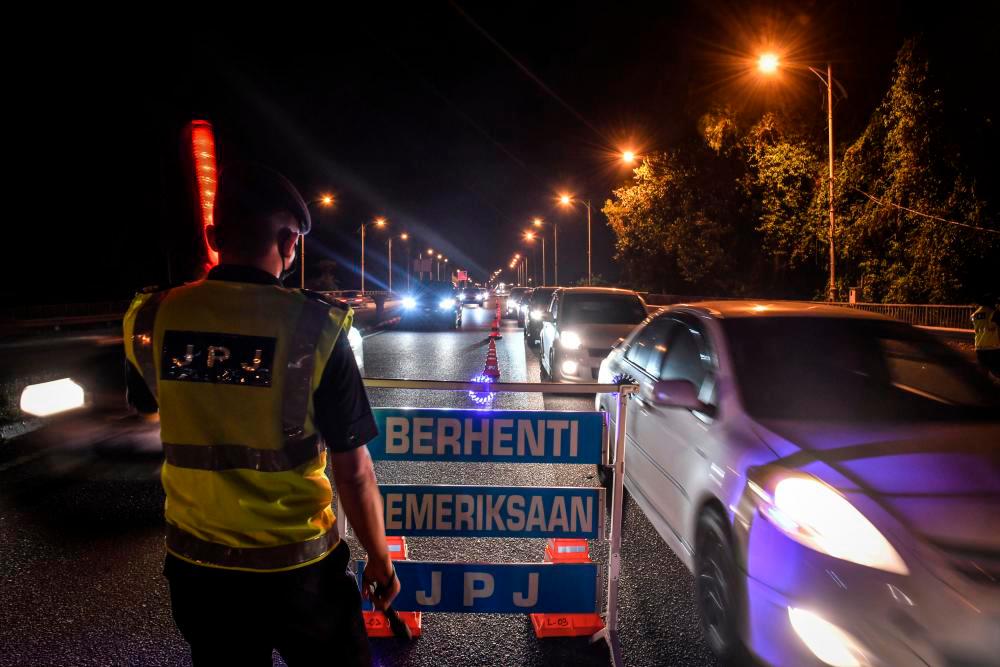 Melaka RTD director Muhammad Firdaus Sharif said 858 summonses were issued for traffic offences, with 2,454 vehicles inspected throughout the operation conducted on July 7 and 8 and July 12 and 13.

According to him, among the offences recorded include driving with expired licences, no insurance coverage, no driving licences, illegal mirror tints, technical offences and overloaded vehicles.

In Penang, some 1,005 summonses were issued under the Hari Raya Aidiladha Op Khas Motorsikal that was carried out at the entrance of the Penang Bridge last night.

Its director, Adenan Md Isa, said 4,902 vehicles, including 542 motorcycles, were inspected during the operation yesterday.

Ten individuals were detained, of which six were in Melaka and four in Penang after they tested positive for drugs.

Meanwhile, Kelantan RTD director Mohd Misuari Abdullah said a total of 5,432 vehicles were inspected, with 216 summonses issued to motorists for not having valid driving licenses.

He added that some 1,116 notices for various offences were also issued under various sections of the Road Transport Act 1987.-Bernama