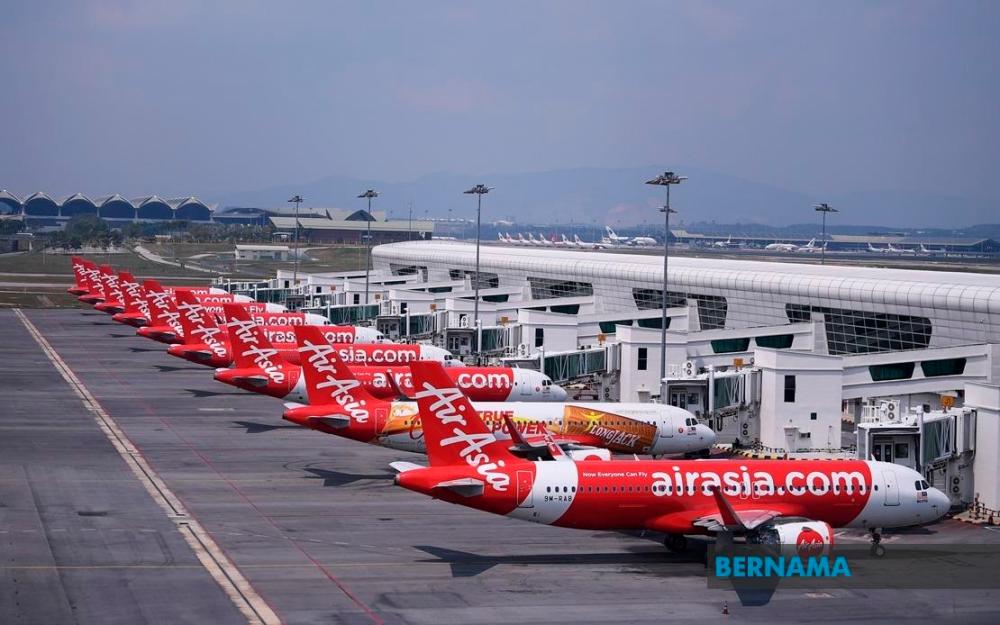 KUALA LUMPUR: AirAsia Group Bhd’s consolidated air operator’s certificates (AOC) posted its highest quarterly load factor and capacity since the beginning of the Covid-19 pandemic at 80% and 3.4 million, respectively, in the fourth quarter of 2021 (Q4’21).

Passengers carried soared 103% to 2.7 million year-on-year (y-o-y) in Q4’21, which surpassed the capacity increase of 70%, leading to a 13 percentage points improvement in load factor to 80%.

In addition, available seat kilometres (ASK) jumped by 72% y-o-y due to strong demand from the introduction of quarantine-free travel bubbles for Malaysia and the easing of travel restrictions in the quarter.

In a statement today, AirAsia said the load factor for the consolidated AOC remained healthy at 74% in 2021, with strategies implemented to manage the multiple disruptive lockdowns imposed by respective governments.

“The improved monthly performance of passengers carried and additional capacity across the group indicate a V-shaped resumption trend in air travel demand throughout 2021.

“Additionally, the group is expecting to see a surge in demand following the recent announcements that the Thailand government is resuming its quarantine-free travel scheme from Feb 1, 2022 and the Malaysian government resumed the Vaccinated Travel Lane (VTL) between Malaysia and Singapore, effective Jan 24, 2022,” it said.

Market-wise, AirAsia Malaysia passengers carried and capacity increased by 164% and 139%, respectively, compared with the same quarter in 2020 amid rising demand after the reopening of state borders announced by the government.

Load factor increased by seven percentage points y-o-y and 19 percentage points quarter-on-quarter (q-o-q) to 80% in conjunction with the year-end festive season and increased frequencies on high demand routes including between Kuala Lumpur and Langkawi, followed by the Kuala Lumpur-Kota Kinabalu sector in November and December 2021.

“It is the company’s expectation that the uptrend in demand for interstate travel will continue after the government allows fully vaccinated residents to cross state lines,” AirAsia said.

This was due to an increased frequency of flights in line with growing demand, particularly in December 2021.

It said passengers carried in the last month of the year rose nearly sevenfold compared with November 2021.

AirAsia Philippines continued to outperform in Q4’21 with seats sold doubling from Q3’21, while capacity increased by 126% y-o-y.

In Q4’21, the load factor reached its highest quarterly performance outcome in 2021 at 85% after jumping 21 percentage points y-o-y, achieved from strong pent-up demand in a number of core destinations, including Cebu, Cagayan de Oro, Boracay, and Tacloban.

AirAsia Thailand operated more domestic capacity than in the previous quarter, on the back of robust demand in Q4’21.

The group said AirAsia Thailand has reallocated its capacity and flights to align with the gradual improvement in demand.

As a result, the load factor in Q4’21 was 76%, or increasing by two percentage points from the same period last year, despite the spread of the Covid-19 Omicron variant that began in late December.

For the full year, the total number of passengers carried was 2.93 million, declining by 69% y-o-y in line with the deduction of ASK and capacity.

Load factor was reported at 68% with a total fleet of 60 aircraft. – Bernama