Alibaba’s quarterly revenue flat for first time ever in June 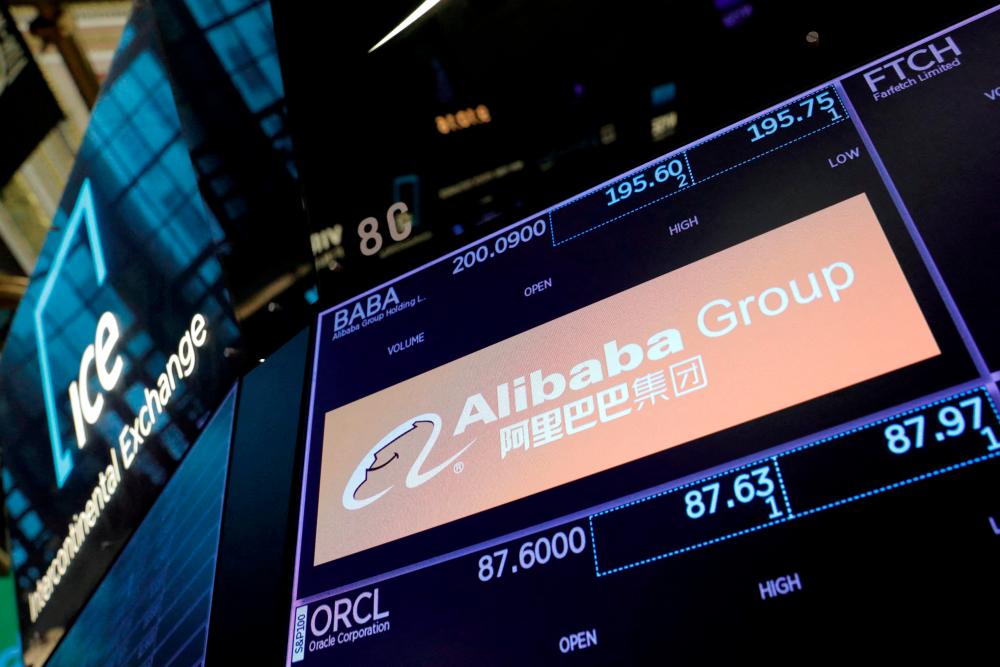 The logo of Alibaba Group is seen on the trading floor at the New York Stock Exchange. – Reuterspix

Alibaba’s performance is widely seen as a gauge of Chinese consumer sentiment, given its market dominance, and its revenue growth has slowed markedly over the past year.

Revenue came in at 205.6 billion yuan (RM135.6 billion) in the April-June quarter, beating analyst expectations despite being slightly below the same period last year, following a decline in the company’s China commerce segment revenue, Alibaba said.

The company has been grappling with growing competition and economic fallout from strict Covid restrictions that have battered consumer sentiment, pushed the unemployment rate up and tangled supply chains.

In an earnings call, Alibaba Group chairman and CEO Daniel Zhang said the company saw signs of a business recovery in July, but emphasised that the following months would be a period of “cost-cutting and efficiency”.

“External uncertainties including but not limited to international geopolitical dynamics, Covid resurgence, and China’s macroeconomic policies and social trends are beyond what we as a company can influence,” said Zhang.

“The only thing we can do at this moment is focus on improving ourselves.”

The company’s revenue growth was flat “primarily due to a decline in China commerce segment revenue” although this was offset by growth in the cloud segment, Alibaba said.

Many parts of China have faced harsh lockdowns in recent months, as officials struggled to stamp out the Omicron variant under the country’s zero-Covid policy.

Shanghai, China’s biggest city and a major economic hub, was sealed off for two months due to Covid-related restrictions during the quarter.

The firm cited “restrictions that resulted in supply chain and logistics disruptions in April and most of May” that bogged down performance in its China commerce sector, although there was a pick-up in demand in June during a popular shopping festival.

Its profit for the latest quarter stood at 22.7 billion yuan, down from 45.1 billion yuan a year earlier.

Customer management revenue, which tracks how much money merchants provide Alibaba for placements and promotions, fell a whopping 10% to 80.4 billion yuan (RM. The revenue segment is Alibaba’s bread and butter, routinely making up roughly one third of its total revenue.

Cloud computing revenue, its main growth driver outside of e-commerce, grew 10%, while revenue for the company's international division grew 2%.

In the quarter, Alibaba earned 11.73 yuan per share on an adjusted basis, compared to analysts' estimates of 10.39 yuan based on Refinitiv IBES data.

Alibaba has recently been building its international commerce businesses, such as Lazada in Southeast Asia and Trendyol in Turkey. It has also shifted from its aggressive market expansion in the past, amid slowing growth.

Apart from coronavirus curbs, Alibaba has been contending with a regulatory crackdown on China's tech giants and other challenges abroad.

US authorities have put the company on a watchlist that could see it delisted in New York if it does not comply with disclosure orders, causing its shares to slump.

The company is seeking a primary listing in Hong Kong which could allow it to access mainland China's vast pool of investors, a move that comes as Chinese tech firms trading in New York grow increasingly worried about regulatory action by US authorities.

Alibaba, a tech behemoth, has also seen its market value plummet after Beijing launched a sweeping crackdown in 2020.