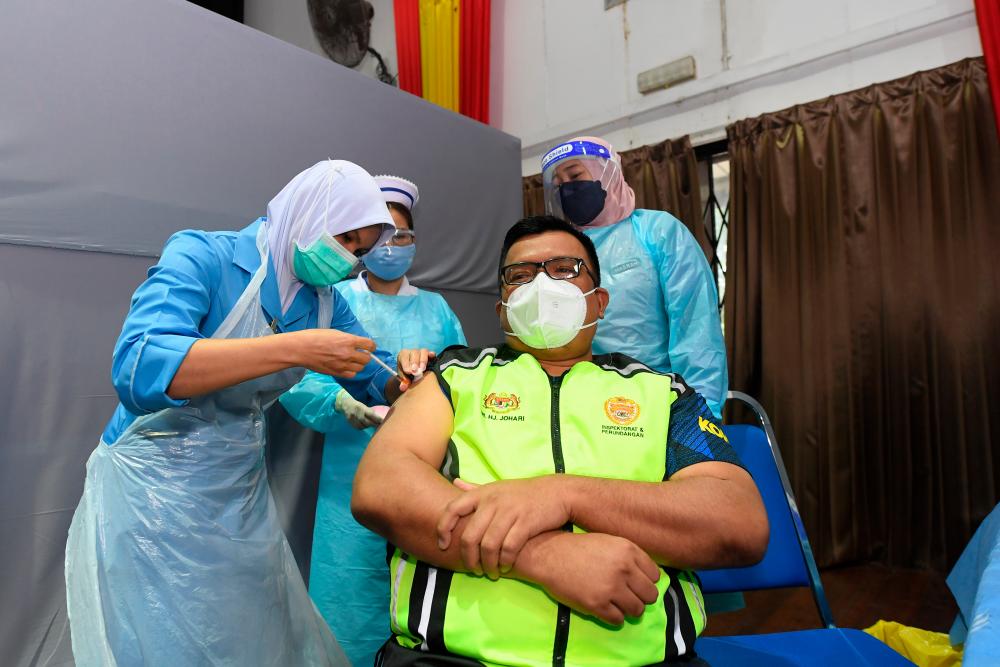 SANDAKAN: The Rapid Assessment Vaccination Operation (RAVO) Project in Sandakan successfully conducted Covid-19 vaccination to almost 100 per cent of the residents aged 12 years and above in 75 localities.

“From Oct 4 to 19, we have managed to conduct a census in localities that we feel are densely populated and problematic such as all settlements on the water or in the People's Housing Project (PPR) area because there is a record of Covid-19 death before this.

“During the period, RAVO was implemented in 75 localities with 33,266 people out of a total population of 43,300 vaccinated,“ he told reporters after receiving the Covid-19 vaccine booster shot here yesterday.

Dr Johari said the RAVO project would be continued in the remaining 525 localities in the district.

According to him, one of the reasons for the low vaccination rate statistics in Sandakan is because there are residents in the district who take the vaccine outside Sandakan but not recorded in the Sandakan data.

He said the vaccination rate data based on the existing denominator did not reach 60 per cent, but the census showed that the percentage had already been achieved in Sandakan.-Bernama