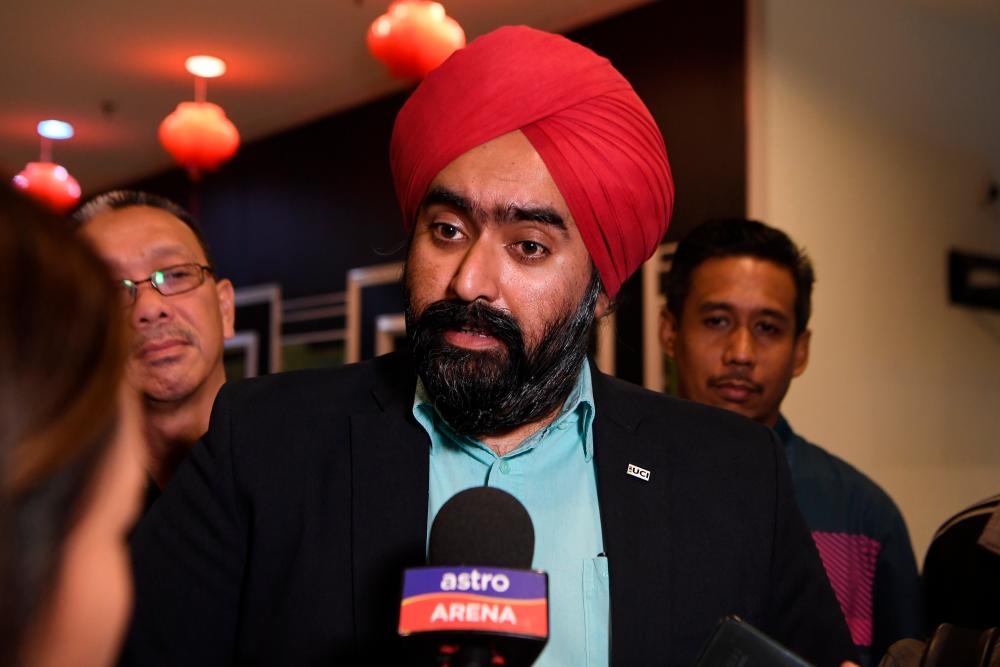 Amarjit was successfully re-elected to the UCI Management Committee for the 2021-2025 term after winning 38 votes out of 43 delegates, including nine from the Asian continent.

Challenger Syeikh Khalid al-Khalifa of Bahrain, who is also a member of the executive board of directors in the Asian Cycling Confederation (ACC), only mustered five votes while two other Asian contenders, Sun Weimin (China) and Mohsen Solgi (Iran), withdrew at the last minute.

Though he was confident of keeping his post, Amarjit admitted that he was surprised at his winning margin, a magnanimous reflection of faith from his backers.

“Honestly, I was taken aback at my big winning margin. I thank all my supporters, especially UCI president David Lappertient and vice president Dr Azzam Wagih (Dr Mohamed Wagih Azzam) as well as MNCF president Datuk Abu Samah Wahab who helped a great deal in my election campaign,“ he said in a statement.

The triumph meant that Amarjit, who is also a member of the ACC executive board, will serve another four years in the world’s highest cycling body after first winning the post in Bergen, Norway in 2017.

Amarjit stressed that he will continue to champion Asia’s cause in cycling and also in backing Malaysia’s bid to host the World Track Cyling Championship -- if finances permit.

“I will continue to uphold Asia’s voice globally, aside from ensuring a smooth Malaysian agenda at world level, including the Le Tour de Langkawi (LTdL) if any situation arises,” he added.

Abu Samah called Amarjit’s achievement a huge endorsement for Malaysian cycling and hopes he will keep Malaysia as well as other Asian nations flying high and stay well-connected with UCI.

Meanwhile, Amarjit’s father, Tan Sri Darshan Singh who is arguably the first sports official in Malaysia to sit on the prestigious UCI Management Committee from 1996-2005, was ecstatic over his son’s triumph yesterday.

“I am confident he can continue to assist Malaysia and other developing countries to uplift and promote cycling to a higher level,” Darshan said when contacted.-Bernama