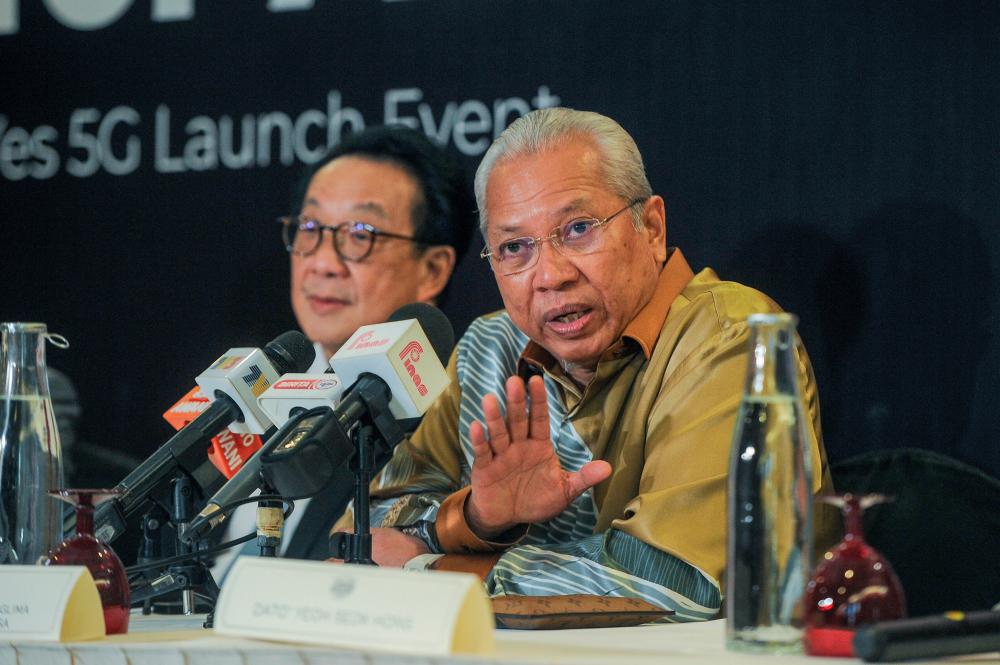 KUALA LUMPUR: The government has not made a decision on the proposal by Malaysia's four largest telecommunications companies (telcos) which are seeking a majority stake (51 per cent) in the state 5G agency Digital Nasional Berhad (DNB), said Communications and Multimedia Minister Tan Sri Annuar Musa(pix).

He said the matter will be discussed with Finance Minister Tengku Datuk Seri Zafrul Tengku Abdul Aziz and the government will respond on the request made by the telcos as soon as possible.

“When we made the offer, we have thought over many times what we should do. We want the industry to grow and we must create a level playing field, it cannot be the rule of the jungle, survival of the fittest.

“We must make sure the industry grows and in order for it to grow, we must give a fair chance to everyone... Now, certain telcos want to merge, it is okay- it is their business decision,“ he said at the press conference after the ‘Yes 5G for All’ launch event here today.

He said this in response to a news article regarding the proposal made by four Malaysian telecommunications companies.

When asked whether he is confident that the four telcos (Celcom, DiGi, Maxis and U Mobile) will be able to meet the deadline by June 30, Annuar said : “I am not going to wait for anybody...it is up to them to decide.”

He reiterated that the deadline remains the same as the government cannot continue to haggle which would cost DNB to have problems moving on, and DNB is under pressure to make sure that the agency is able to deliver within a stipulated time frame.

“Of course they may not get the best deal based on what they actually requested but you cannot have everything in accordance to just one group of operators, they have to look at many perspectives.

“... negotiations in terms of the pricing have been going on for quite sometime and certain price indications in fact has more or less been agreed between MCMC (Malaysian Communications and Multimedia Commission) and DNB. The government has also made an announcement in Parliament that the wholesale price cannot be more than 20 sen (per gigabyte (GB)), we made it transparent to the public,“ he said.

DNB was established in early March 2021 to accelerate deployment of 5G infrastructure and network in Malaysia. It will offer 5G as a wholesale network service to other telcos.