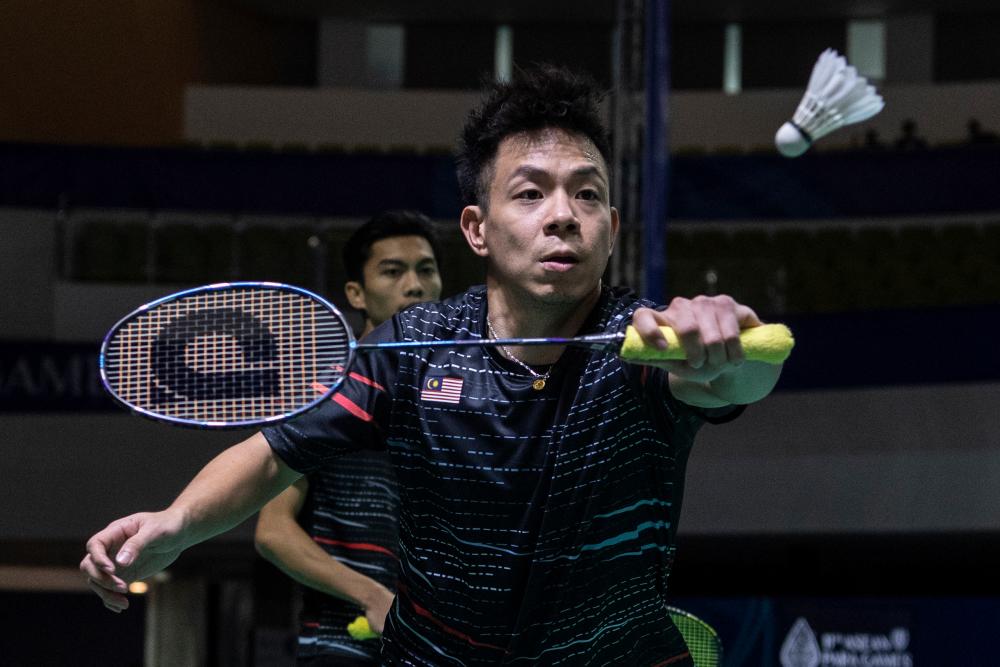 The 34-year-old swept aside his former doubles partner Faris Ahmad Azri 21-18, 21-14 in straight games which lasted a mere 31 minutes.

The world number one had earlier put up another masterclass performance in the semifinals to beat his arch rival and Tokyo Paralympics losing finallist, Dheva Anrimusthi 21-19, 21-12, also in straight games, in front of a hostile home crowd.

Liek Hou had won the singles gold in the 2017 KL edition, doubles gold at the 2015 edition in Singapore and also has two silver and a bronze medal throughout his participation in the APG.

Earlier in the SU5 men’s doubles Liek Hou who partnered Muhammad Fareez Anuar lost in the semifinals yesterday and had to be contended with the bronze which they shared with Mohamad Faris-Mohd Amin Burhanuddin, who also lost their semifinal encounter.

“There was hardly any pressure for me during the match despite trailing Faris early in the first game. I knew I can overcome him so I was more relaxed and enjoyed the game. I am also happy with my team mates for putting up a better display.

“Our strategy proved successful and we are proud of our achievement since I am playing without a coach,” he said.

Liek Hou who has won the world title in the SU5 category six times and the world doubles title five times, added that a decision on the appointment of his coach would be discussed with the National Sports Council soon.

For more than two years, Liek Hou was under the tutelage of Datuk Rashid Sidek who is now in Thailand with the Malaysian contingent for the ASEAN University Games and expected to focus on grassroots development.

Muhammad Ikhwan then scored a double when he teamed up with Noor Azwan Noorlan to beat Indonesia’s Agung Widodo-Supriadi Supriadi 19-21, 21-10, 21-18 in the men’s doubles WH1-WH2 final.

“Alhamdulillah, our campaign went well, and I’m very proud of this achievement. In the singles, there was no pressure because I have played this opponent many times. I just had to stay calm and cut down on my mistakes,” he added.-Bernama