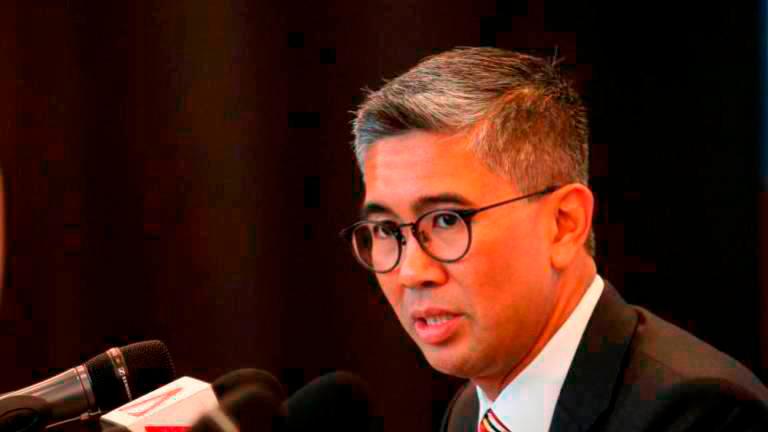 KUALA LUMPUR: Finance Minister Tengku Datuk Seri Zafrul Tengku Abdul Aziz (pix) today said that all procurement related to the alleged approval of a flood mitigation project made after the dissolution of Parliament had been made in accordance with existing regulations.

PKR deputy president Rafizi Ramli had earlier claimed that the Environment and Water Ministry (KASA) is in the process of awarding a RM2 billion project through direct negotiations to Mangkubumi Sdn Bhd which is said to be owned by a person with links to the UMNO leadership.

The company is also said to have obtained the approval from Tengku Zafrul via a letter dated Oct 7, the day of the tabling of Budget 2023 in Parliament.

In a tweet on Twitter today, Tengku Zafrul issued a challenge to Rafizi to lodge a report to the Malaysian Anti-Corruption Commission (MACC) if there was evidence of violations, as well as present evidence and not wait after the 15th General Election (GE15) to take action.

Meanwhile, in Kuala Selangor, Tengku Zafrul said a task force involving relevant agencies such as the Department of Irrigation and Drainage, state government, and KASA will be established to find a solution to the flood issue in Kuala Selangor.

Tengku Zafrul, who is also a Barisan Nasional (BN) candidate for the Kuala Selangor parliamentary seat, said the flood issue in Kuala Selangor requires a holistic approach so that it can be effectively overcome.

He said in Budget 2023 that he had presented last month, the federal government had expressed its commitment to overcome flood issues by allocating RM15 billion for flood mitigation projects.

“This project is now in the evaluation phase for the purpose of appointing a contractor, however, this flood situation also involves the issue of maintaining the drainage system. Through a study by an independent body it was found that as much as 30 per cent of this issue is caused by drains and ditch systems that are clogged due to garbage and not maintained as scheduled ,“ he said.

A total of 32 victims from six families were placed at the PPS this morning.-Bernama