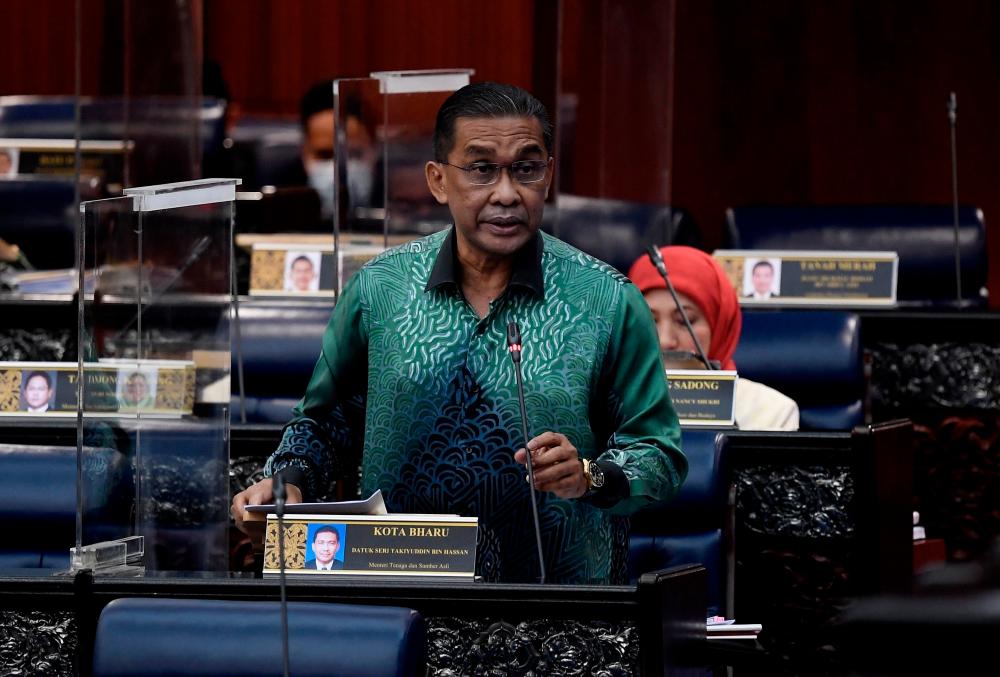 KUALA LUMPUR: The government has allowed export of river sand on a case-by-case basis based on applications submitted by companies, the Dewan Rakyat was told today.

Energy and Natural Resources Minister Datuk Seri Takiyuddin Hassan(pix) said sand export permits issued by his ministry (KeTSA) was specific to concession sites that had been approved by the state authorities with details such as quantity of sand that could be exported, export destination and period of export.

He said applications for approval to export river sand would be processed in accordance with standard operating procedures (SOPs) set by KeTSA and applicants would first need to obtain river sand source (concession) approval from state authorities and complete all technical documentation.

“All applications are reviewed and technically evaluated by a committee known as the Overseas Sand Export Technical Committee (JKTEP).

“JKTEP also involves technical agencies such as the Department of Minerals and Geosciences, Department of Environment, Department of Irrigation and Drainage, Construction Industry Development Board and others who are invited as needed,“ he said during the question-and-answer session.

He was replying to a question from Isnaraissah Munirah Majilis (Warisan-Kota Belud) who wanted to know whether the government was willing to allow export of sand, especially to facilitate flood mitigation projects at estuaries.

On the amount of sand exported and the companies involved, Takiyuddin said for 2021, the government issued licenses to export sand abroad to 29 companies with the quantity of sand approved being 455,349,439 metric tonnes.-Bernama