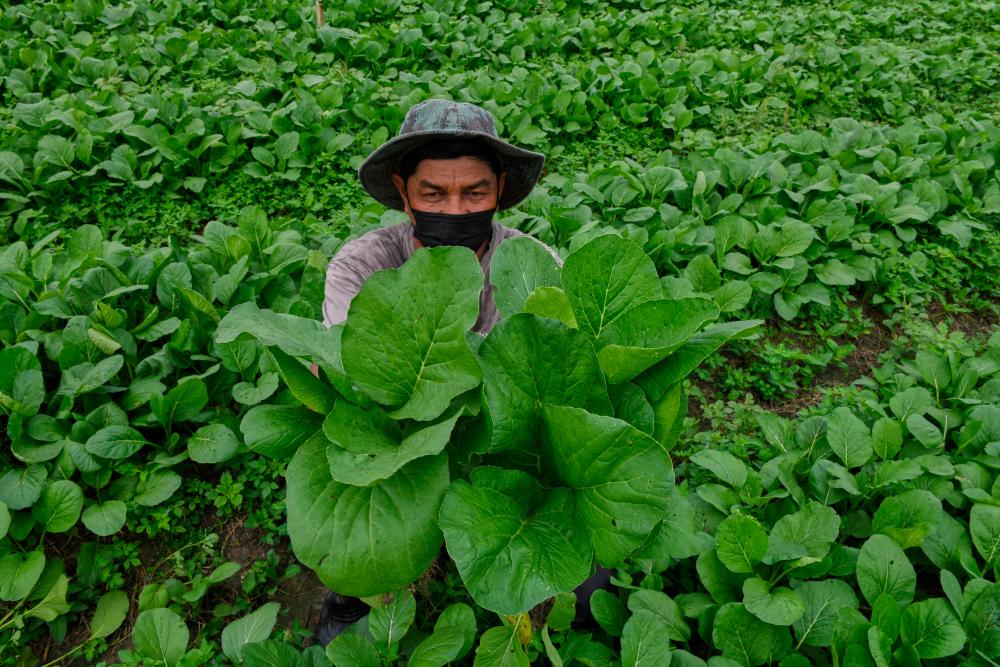 BUTTERWORTH: Not just consumers, but farmers, too, are expressing concern over rising vegetable prices, claiming middlemen are contributing to the problem.

Mustard greens (sawi) and corn grower, Maharam Mohd Tahir(pix), 58, is puzzled how the price of vegetables like his, cauliflower, water spinach (kangkung) and chillies could increase by more than 50 per cent when farmers like him are still selling their crop to wholesalers at low prices.

“So the question is who is controlling the rising prices? Maybe it is the middleman or trader,” he told Bernama when met at the Permanent Food Production Park (TKPM) in Ara Kuda, today.

Maharam, who runs a 6ha farm with his friend, Asmida Mohamad, said the surging prices are not profiting farmers because they still have to bear the rising cost of fertiliser and pesticide, in addition to salaries.

Teow said everybody has a part to play in controlling the price of vegetables since we’re still recovering from the Covid-19 pandemic and trying to deal with the rising cost of living.

“If possible, all of us, including middlemen, should avoid raising prices too much on the excuse of weather, transportation cost, etc.

“In my opinion, farmers are more affected by the costs that must be borne, but we still give them (wholesalers) a low price. Don’t go overboard (on the price),” he said.

Following this, the Ministry of Domestic Trade and Consumer Affairs (KPDNHEP) Penang director, Mohd Ridzuan Ab Ghapar, said in a statement on Nov 23 that the enforcement division has conducted checks and served vegetable importers and wholesalers with a Goods Information Verification Notice (NPMB) to provide price data.-Bernama