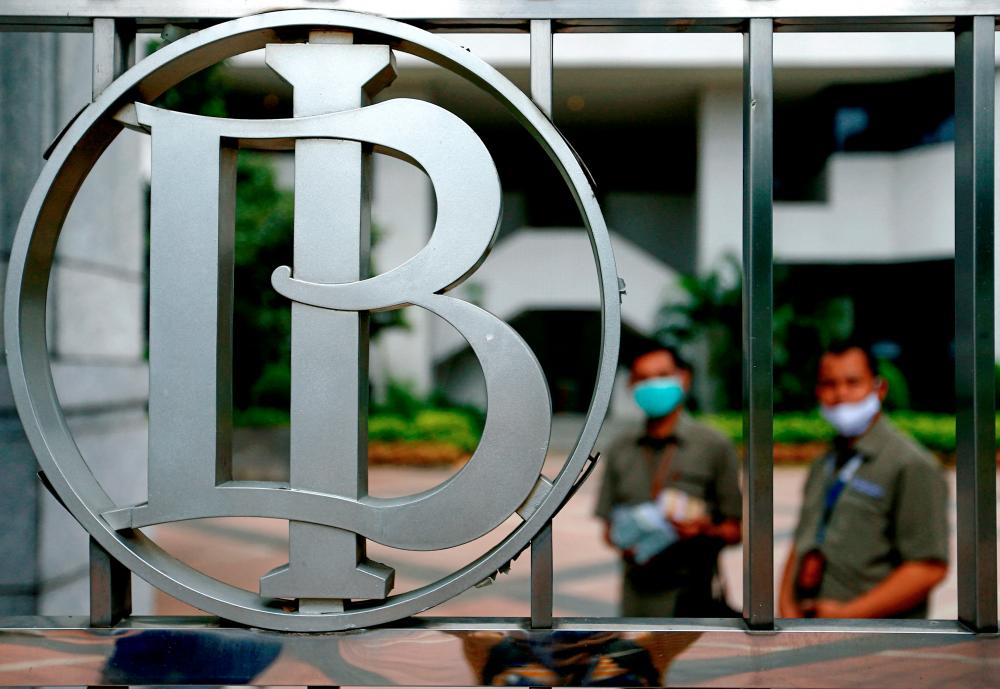 Bank Indonesia’s logo is seen at the central bank headquarters in Jakarta. Household demand In Indonesia remains strong and inflation is within the central bank’s 2-4% target band. – Reuterspix

JAKARTA/SEOUL/KUALA LUMPUR: From export bans to price controls, governments in Asia are taking a much more targeted approach than their Western counterparts in curbing global inflationary pressure, a strategy that appears to be working at least for now.

While inflation remains a serious economic challenge in Asia, the measures have in many countries helped shield the public from some of the price rises and meant most central banks in the region have not had to raise interest rates as quickly as they have elsewhere.

The various efforts have also shifted some of the cost burdens away from consumers and small businesses largely to government balance sheets.

The company has adjusted prices since the second half of last year but has not seen a material hit to business, especially during the Ramadan festive period, he said.

Indonesia, a country with a history of financial volatility and price swings, last week increased energy subsidies by US$24 billion (RM105.4 billion) to contain energy costs, having only just lifted a controversial export ban on palm oil.

Although many retailers in Southeast Asia’ largest economy have still had to pass on price increases, household demand remains strong and inflation is within the central bank’s 2-4% target band.

In South Korea, government caps on electricity bills provide a competitive edge for global manufacturers like Samsung Electronics and Hyundai Motor and help cushion the hit to households’ disposable incomes.

And this week, Malaysia said it would stop exports of 3.6 million chickens monthly from June until prices stabilised. It also runs mechanisms to subsidise fuel and cooking oil.

Gareth Leather, senior Asia economist at Capital Economics, said Malaysia’s heavy fuel and transport subsidies have likely knocked about 1.5 percentage points off the country’s inflation, which was just 2.3% in April.

Such intervention in domestic supply is not new for many Asian governments, which are sensitive to public backlash from price increases, although economic reforms and a stronger focus on fiscal discipline over the past decade have given greater room for market forces.

In contrast, Western governments have been reluctant to intervene in production lines to bring down prices of key items such as food and fuel. US and UK inflation has now surged to decade-highs, crimping retailers' profit and shoppers’ spending power.

Walmart, Target and Kohl’s were among major US retailers that reported earnings this month that missed Wall Street expectations by the widest margin in at least five years due to surging inflation.

The burden to contain prices in Europe and the US has mostly been carried by monetary policy, with the US, the UK and Canadian central banks now engaged in aggressive interest rate increase cycles.

That contrasts with a markedly more benign policy outlook in Southeast Asia, where most central banks have only recently commenced a very cautious shift away from extremely low interest rates, with tightening expected to be more gradual than in the West.

In Thailand, headline inflation has only just breached the central bank’s target range of 1-3% and the bank’s chief has pledged continued monetary support for the economic recovery.

But while that outlook remains broadly supportive for business, many retailers in Thailand still feel the squeeze as customers refuse to accept price increases, a sign policy alone won't be able to help all sectors.

“But because of higher costs, we hardly get a profit margin. This really hurts us ... for new orders, we will have to increase the prices or we can’t survive.” – Reuters