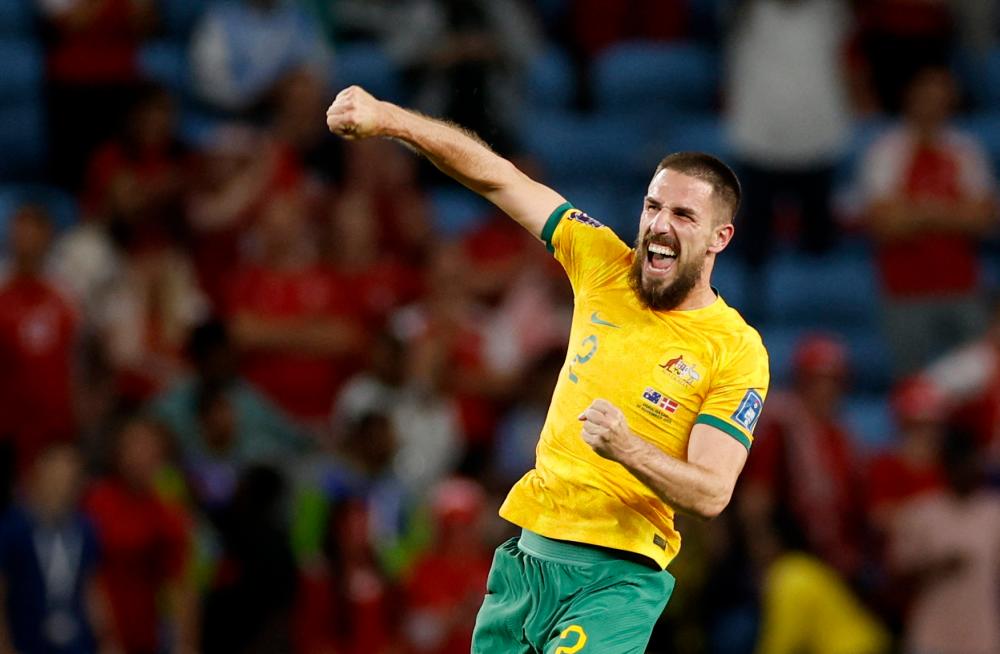 DOHA: Australia will put their bodies on the line to stop Lionel Messi and spring a surprise against Argentina in the World Cup last 16, tough-tackling Milos Degenek warned on Thursday.

The defender, who made his World Cup debut in Australia’s 1-0 group win over Denmark on Wednesday, said Messi is his hero but all sentiments will be thrown aside when they meet on Saturday.

“You know I have always loved Messi, I think he is the greatest to have played the game,“ said the 28-year-old.

But he added: “It’s not an honour to play against him because he is just a human, as we all are. It is an honour to be in the round of 16 of a World Cup. That is the honour in itself.”

Australian goalkeeper Mathew Ryan has kept two clean sheets in a row in successive 1-0 victories to take the Socceroos into the knockouts for only the second time in their history.

They will be heavy underdogs against Argentina, but Degenek said: “We have to believe and we have to be confident in our abilities to stop every attack.

“Whether that is going to be possible or not, I am not sure, but I know we are going to give 110 percent to stop everything that goes towards Matty’s goal.”

Degenek knows that Argentina, who bounced back from a shock defeat to Saudi Arabia in their opener, will be desperate to give Messi a first World Cup title in what will surely be his last attempt.

Australia revealed that the mother-in-law of another defender, Bailey Wright, had died during the night but he will stay with the squad.

The Sunderland player came on as a substitute against Denmark and devoted the win to her.

“It’s not something you can wish upon anyone,“ said Degenek.

“He knows that we are his second family, we are going to be behind him.”

Degenek said it highlighted the stresses that footballers go through behind the scenes.

“It is a lot more emotions, a lot more things involved in football than just playing,“ Degenek said.-AFP