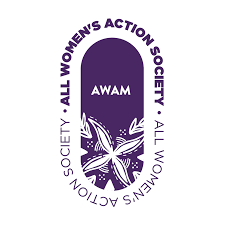 PETALING JAYA: In a recent analysis done by the All Women’s Action Society (Awam) and Save the Schools MY (STS), a total of 770 testimonies of abuse was compiled from survivors and others.

The 770 testimonies were compiled from April 26 to Aug 13, hoping that key government stakeholders would prioritise this issue.

Out of the 1145 incidents of abuse, a total of 1495 period spot checks, sexual harassment, bullying and other violations were identified.

“What our findings depict of the safety and wellbeing of our children in schools is grim and heart-rending,” said Awam.

It found that survivors in close to 25 per cent of all incidents experienced multiple violations while 23.9 per cent of incidents of abuse disclosed psychosocial consequences that affected survivors’ mental health, school life, relationships and even livelihood.

“There are also 17 formal diagnoses of mental health conditions, with anxiety and depression making up close to 75 per cent of them,” Awam noted.

Additionally, among 1037 survivors, almost 20 per cent (199) are below 18-years-old; and these were those who had disclosed their age.

Moreover, it was also found that secondary school students consist of the largest age group among all survivors, across all four major violation categories -- sexual harassment, period spot checks, bullying, and others.

“Survivors are predominantly female across all four major violation categories. Violations of sexual harassment had the highest discrepancy in the prevalence of survivor by gender, whereby the number of violations involving female-only survivors is 16.6 times more than those involving male-only survivors,” Awam added.

Among all school authority figures, teachers constitute the most common perpetrators in sexual harassment and bullying and ‘ustazahs’ in period spot checks.

In regards to sexual harassment, period spot checks and bullying, it was found that at least 89.2 per cent of these violations occurred in primary and secondary institutions of learning.

Regarding period spot checks and bullying, harassment by the perpetrator or others are among the top four to five consequences experienced by survivors for reporting the violation.

Alleged rape consists of 2.7 per cent of all physical, sexual harassment violations. The youngest survivor was 8-years-old.

“For alleged rape violations in which the perpetrator’s relationship to the survivor is known, one-third of them were school figures of authority. All but one survivor did not tell anyone about their ordeal, and yet experienced negative psychosocial consequences like social isolation and bullying by family, teachers, and friends,” Awam noted.

Besides that, child grooming and stalking are among the violation types documented in the ‘others’ violation category.

“We cannot remain complacent in the face of decades of such widespread perpetration of atrocities. Once again, Awam calls on the Ministry of Education to uphold their commitment to student welfare by prioritising the following long-term solutions to create a culture of zero-tolerance against sexual harassment in educational institutions,” Awam stressed.

“The 2011 guidelines on the management of sexual harassment cases should also be updated and its implementation in schools should be monitored. The gaps highlighted by Awam on the period spot check circular, specifically those on the need for clearer directives on reporting mechanisms, actions taken against perpetrators and survivor redress should be addressed,” Awam pointed out.