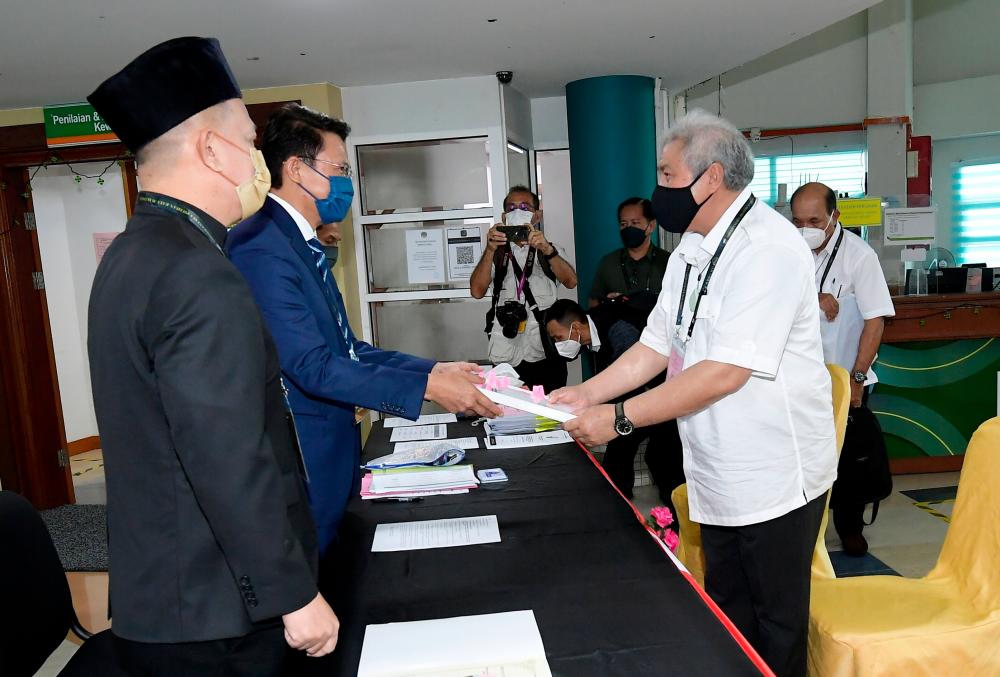 The final list of candidates was announced by Bukit Sari returning officer Ladin Atok at about 10.30 am at the nomination centre at the Lawas District Council building here today.

“Only three candidates submitted their forms when nominations closed. I am satisfied and no forms were rejected,” he said when confirming the nominations for the state seat.

Earlier, Awang Tengah was the earliest to arrive at the nomination centre at 7.50 am, accompanied by a proposer and a seconder as well as his wife Datuk Dayang Morliah Awang Daud and Lawas Member of Parliament Datuk Henry Sum Agong, who is also the Deputy Transport Minister.

Previously, it was reported that the Bukit Sari seat would see at least a five-cornered contest. However, at the end of the nomination process at 10 am today, only the three candidates turned up to submit their nomination forms.

In the 2016 election, Awang Tengah, who is also the Parti Pesaka Bumiputera Bersatu (PBB) deputy president, won uncontested while in 2011, he won with a 5,063-majority defeating Japar Suyut of PKR.

Based on the Election Commission (EC) data, the Bukit Sari state constituency has a total of 13,054 registered voters, including 119 early voters.

The EC set today for nomination, Dec 14 for early voting and Dec 18 for polling.-Bernama