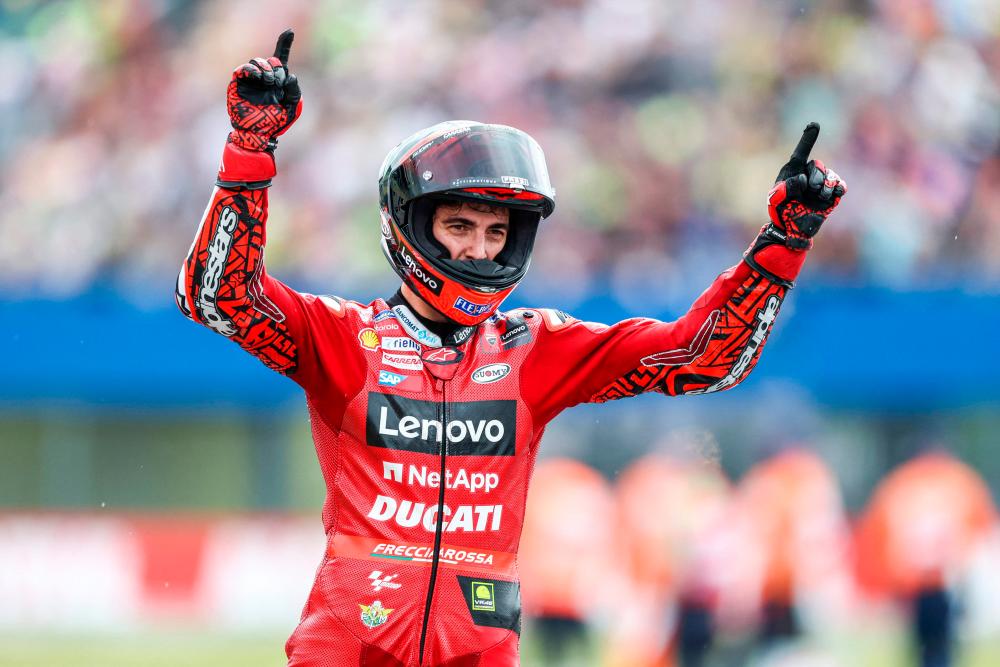 Netherlands: Italy’s Francesco Bagnaia(pix) won the Dutch MotoGP on Sunday after championship leader Fabio Quartararo crashed out of an incident-packed race following what he called a “rookie’s mistake”.

Frenchman Quartararo fell twice, flipping spectacularly over his handlebars in the second incident although he walked away afterwards, shaking his fists in anger at his error.

Bagnaia, in contrast, stayed out of trouble to record his third victory of the season and a welcome full points score after failing to finish in the last two races.

“I am so happy after two difficult races,“ the Italian said.

In a great day for Italian riders, Marco Bezzecchi on a Ducati was second while Spanish rider Maverick Vinales rounded out the podium in the 11th race of the season.

Quartararo heads into the summer break with a 21-point lead over Aleix Espargaro, who was fourth on Sunday.

The Frenchman fell on the fifth then on the 13th lap out of 26 in front of the enthusiastic crowd in the Netherlands.

Even if he quickly got back on his feet, he had to give up after this second accident.

The Frenchman got off to a bad start and was quickly overtaken by Aprilia rider Espargaro.

It was while he tried to recover his second place, in an attempt on the inside of a bend, that the Frenchman lost control of his Yamaha, ending up in the gravel although he was soon back in the saddle, albeit in last place.

But a few laps later, Quartararo’s race was over after an acrobatic tumble.

“I made a rookie’s mistake,“ Quartararo said, and as soon as the race was over he apologised to Espargaro for forcing him off the track in the fifth lap.-AFP Hisyam seeks to discharge himself as Najib’s lead counsel: Report Hunting pythons in Florida, for profit and therapy Hunting pythons in Florida, for profit and therapy

1.Hunting pythons in Florida, for profit and therapy