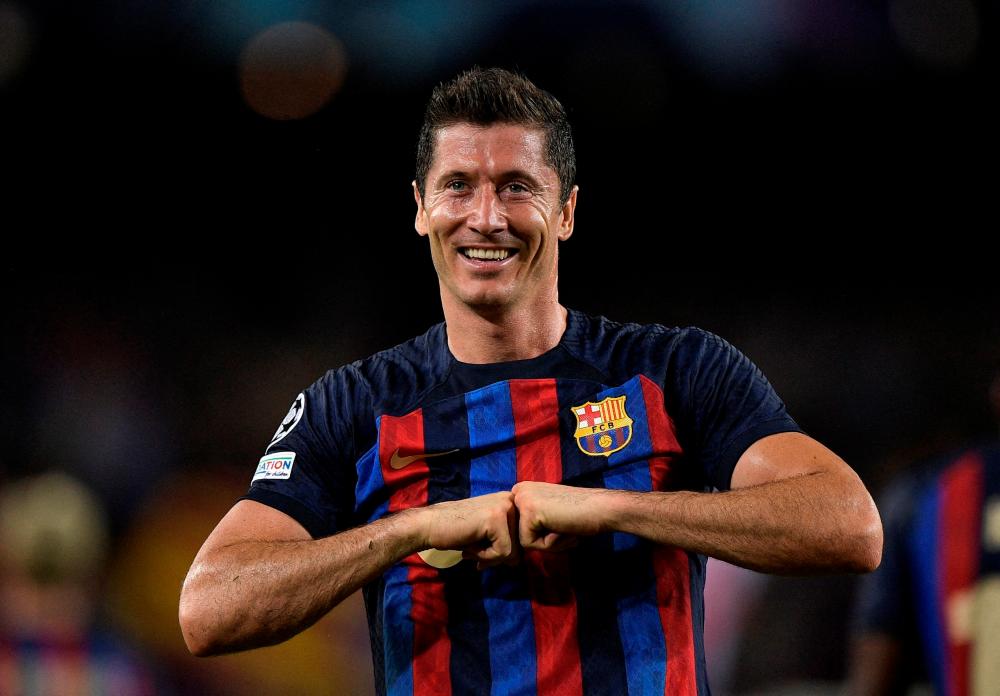 MADRID: With Barcelona rapidly hitting their stride after Robert Lewandowski’s (pix) prolific start in Spain, Real Madrid’s spotless early-season form will be put to the test in the absence of injured talisman Karim Benzema.

After a goalless draw on the opening weekend in La Liga, Barcelona have scored 16 times in four games -- eight of which by Lewandowski, whose treble against Viktoria Plzen saw him become the first player to bag a Champions League hat-trick for three different clubs.

“I don’t know if he is the best striker in Europe but for us he’s the best,“ Barcelona coach Xavi Hernandez said after Wednesday’s 5-1 win over the Czech champions.

“He makes the team better, he helps us play out, he presses and brings us loads of solutions in attack. He is a player with tremendous maturity. It’s an honour to have him.”

Saturday’s trip to bottom side Cadiz, who have lost all four games without scoring, should provide Lewandowski with ample opportunity to extend his rich vein of form.

“Robert is completely insatiable - about scoring and winning,“ Xavi said of Lewandowski, who arrived from Bayern Munich at a cost of 45 million euros ($44.8 million) despite turning 34 last month.

“We never doubted Robert for the price or his age. Never. He’s a wonder, as a person, winner, team-mate.”

Real launched the defence of their Champions League title midweek with a 3-0 win at Celtic, but it came at a price with Benzema sustaining a thigh injury likely to rule him out until October.

Without the favourite to win next month’s Ballon d’Or, Vinicius Junior and Brazilian countryman Rodyrgo will shoulder more of the burden up front for Real, starting with Sunday’s visit of Real Mallorca.

Vinicius has scored in each of his past four matches, and hopes to follow in the footsteps of his team-mates who have re-established Real as Europe’s most successful club over the past decade.

“Hopefully, at this club, I’m going to go down as a legend,“ the 22-year-old who scored the winner in last season’s Champions League final said this week.

“I can stay here for a long time and go down in the record books like Karim Benzema, Tony Kroos and Luka Modric.”

Asked if he now considered himself among the world’s very best, Vinicius replied: “I will let the people decide that. I feel like I’m in a good place at the moment, but I’m keeping a calm head and my feet on the ground.”-AFP