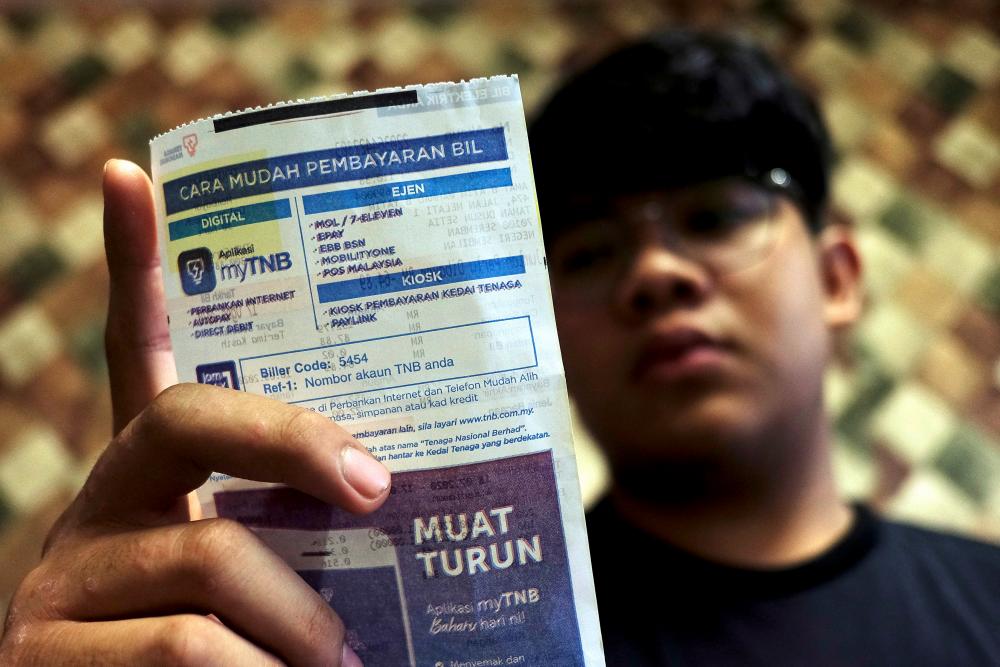 BERNAMAPIX/pix for representational purpose only.

PUTRAJAYA: Domestic and non-domestic electricity consumers in Peninsular Malaysia won’t be hit by higher bills as there will be no change to the imbalance cost pass-through (ICPT) from July 1, 2022 - Dec 31, 2022.

The Energy Commission (ST) said in a statement today that it would mean that the 2 sen per kilowatt hour (kWh) rebate for domestic customers and 3.7 sen/kWh surcharge for non-domestic customers remain unchanged.

It said that the rebate and surcharge cost borne by the government totalled RM5.8 billion, and that the six-month period was agreed on June 24.

“The government has allocated RM2.3 billion to cover the cost of maintaining the ICPT rebate and bear the surcharge for domestic consumers,” said ST.

It added that another RM3.5 billion was allocated to maintain the ICPT surcharge for commercial and industrial (non-domestic) customers, which should be 11.81 sen/kWh.

According to ST, the price of fuel and electricity generation has increased by RM7 billion which is equal to a ICPT surcharge of 11.81 sen/kWh for the period between Jan 1, 2022 and June 30, 2022.

It said that the price of coal per tonne in the international market had risen to US$265 compared with the US$79 calculated by Tenaga Nasional Bhd (TNB) for base electricity tariff, and that it was caused by the current global crisis and a supply constraint of coal, among others.

Over 80 per cent of energy for the country’s electricity generation comes from coal and gas.

ST said that ICPT, fuel and electricity generation expenses are reviewed every six months and passed to the electricity consumer via a rebate or surcharge based on cost savings or increase.

It added that consumers could save on their bills by using electricity efficiently and taking advantage of the Net Energy Metering (NEM) programme.

It added that consumers could estimate their monthly electricity bill in the future by putting the forex, coal and gas price forecasts into a tariff calculator at www.myelectricitybill.my. — Bernama