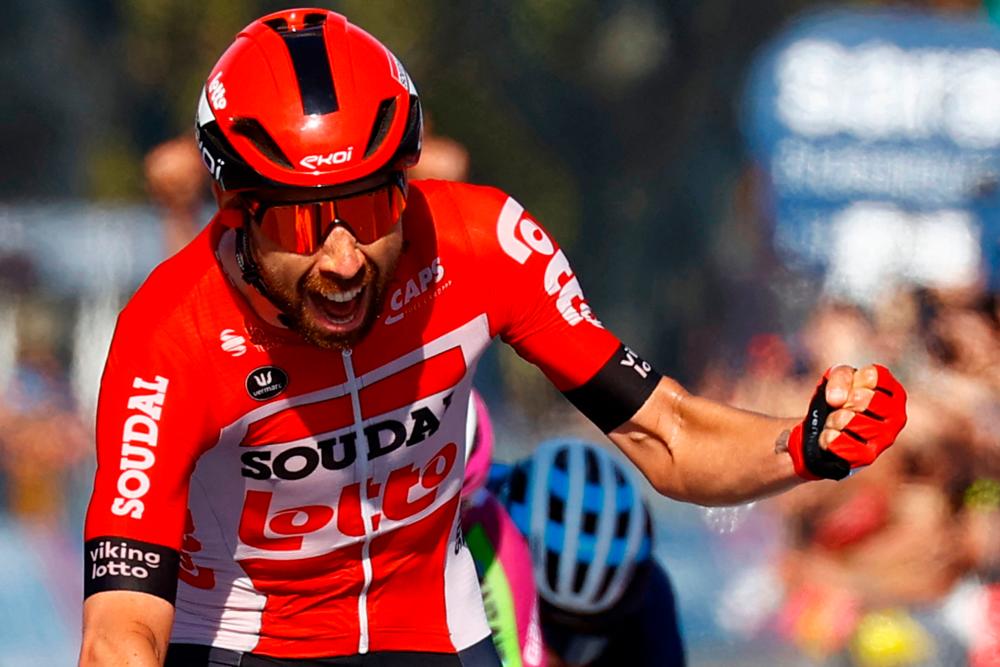 The 35-year-old Lotto rider won a sprint finish ten years after his first Giro stage win on the Stelvio when he finished third overall in the race through Italy.

De Gendt also counts stage wins in the Tour de France and the Vuelta a España.

A breakaway group of 20 runners formed 14km into the race with Mathieu van der Poel accelerating heading into the last 50 km to split the group.

But the Dutchman, closely watched by Eritrean Biniam Girmay and the Swiss Mauro Schmid, had to let a counter-attack of Gabburo, De Gendt, Vanhoucke and Arcas develop a few moments later.

Under the impetus of De Gendt, the leading quartet maintained their lead until the final push on the finish line on the seafront in Naples.-AFP