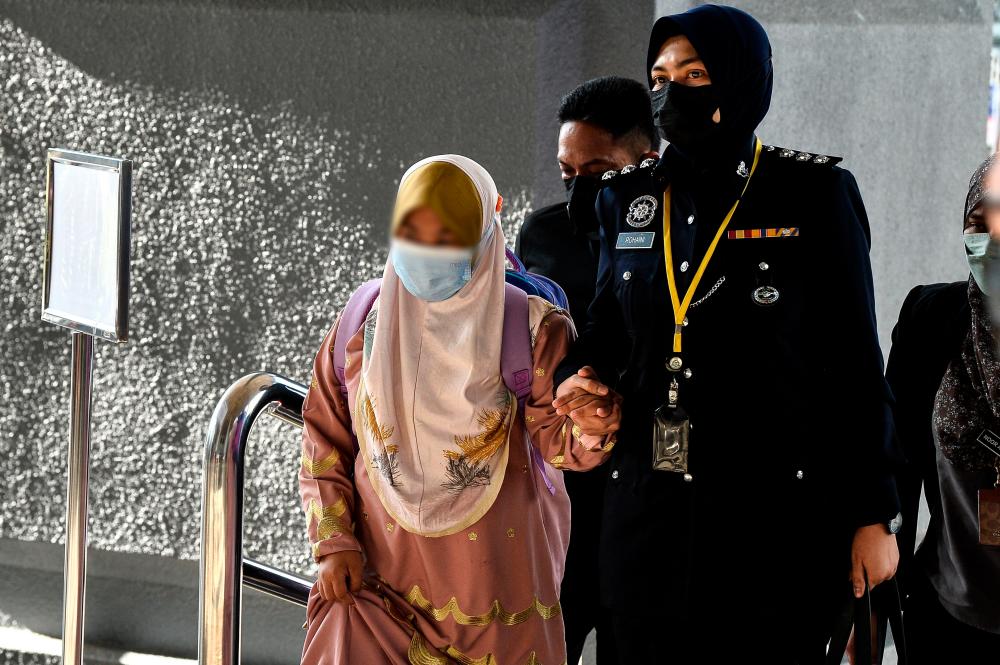 KUALA LUMPUR: A 13-year-old girl with Down Syndrome, known as Bella, has finished testifying in the Sessions Court here in the trial of Rumah Bonda founder Siti Bainun Ahd Razali, who allegedly neglected and mistreated her, last year.

Bella, clad in a pink baju kurung, arrived at the Kuala Lumpur Court Complex at about 9 am, accompanied by officers from the Social Welfare Department (JKM) and policemen.

The trial was conducted in-camera as the girl was the victim in the case and that her testimony could not be reported by the media as she is a child witness in accordance with the provisions under the Evidence of Child Witness Act 2007.

Meanwhile, the trial of the case which was supposed to continue in the afternoon was postponed because the 19th prosecution witness, Inspector Suhaili Mahad from the Criminal Investigation Department, Kuala Lumpur Police Contingent Headquarters was on medical leave (MC).

The court then fixed Oct 18 and 19 for the trial to resume.

Siti Bainun, 30, is facing two charges of neglecting and abusing the teenage girl causing her to suffer physical and emotional injuries between February and June 2021 at a condominium in Wangsa Maju here. -Bernama