Bersatu will continue to serve, provide best service to all: Muhyiddin 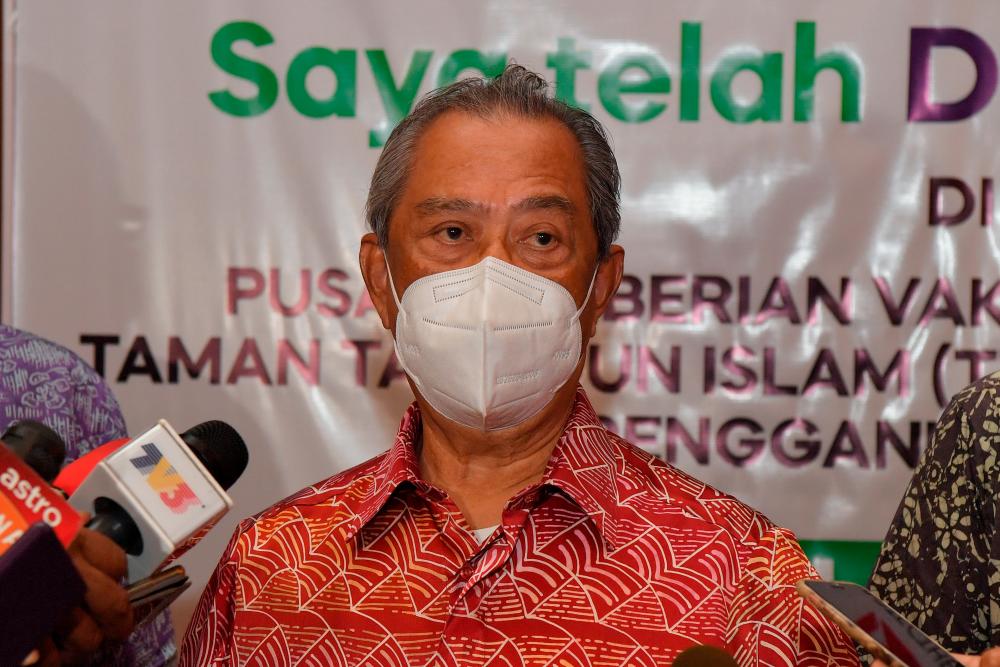 He said in facing the 15th general election (GE15), what was important was the people's assessment of the extent to which a political party could help them, especially as they struggle through the Covid-19 pandemic and who could support them in fighting the challenges ahead.

“The voters would assess what Bersatu had done for them, and should there be a clash between Bersatu and Umno in the upcoming GE15, it is up to them to evaluate and choose which party is the best,” he said.

“Maybe they (the people) will consider the measures I had taken earlier or the assistance and stimulus packages worth over RM530 billion which were introduced, they will assess our efforts in managing and overcoming Covid-19 and the increasing vaccination rates.

“So if we have to contest against Umno, that is the political reality, we will have our strategy and ways ...but eventually it is all up to the people to decide,” he told a press conference here today.

He was commenting on Umno president Datuk Seri Dr Ahmad Zahid Hamidi's statement yesterday that Umno would defend and not compromise on the parliamentary and state seats won by the party in the last general election.

Muhyiddin said Bersatu was ready to face any eventuality in the future.

Meanwhile, he said PN had decided to reject the application from the Liberal Democratic Party (LDP), a local Sabah party, to join the coalition and he has yet to receive an application from Parti Cinta Sabah to join PN which comprises Bersatu, PAS, Parti Solidariti Tanah Airku (STAR), Sabah Progressive Party (SAPP) and Gerakan.-Bernama

Candidates advised to check on filling form before nomination day

Avoid another lockdown at all costs, please

1.Candidates advised to check on filling form before nomination day

3.Avoid another lockdown at all costs, please