Biden’s pick for comptroller can shake up banking 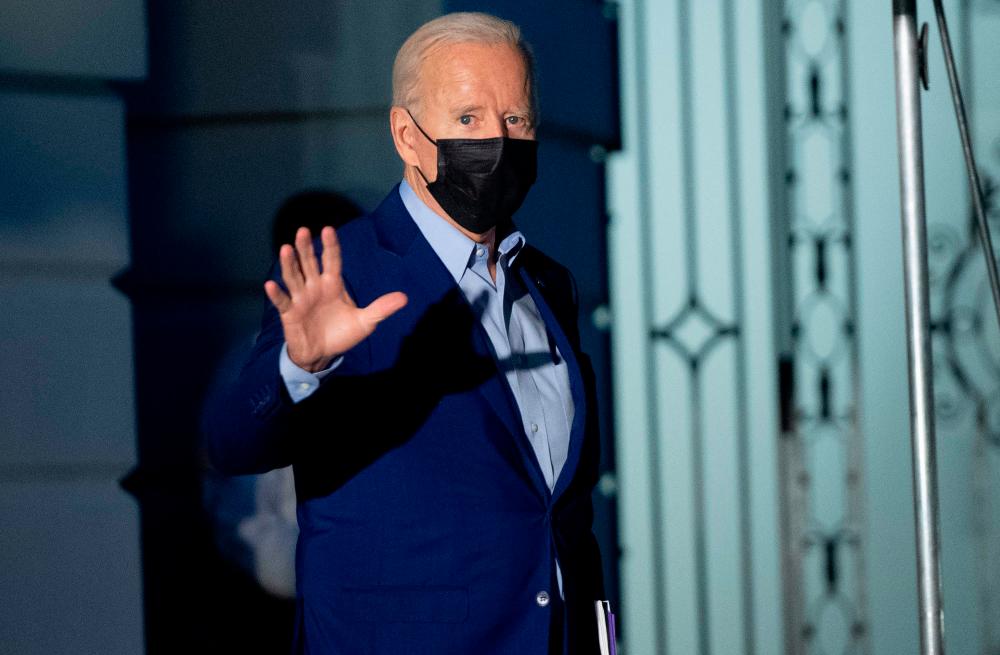 US President Joe Biden’s(pix) selection of Saule Omaroza to head the Office of the Comptroller of the Currency (OCC), which largely controls federal financial institutions in the United States, could mean a radical transformation of the nation’s banking system. This should be of interest to leaders and bankers around
the globe.

Omaroza’s stated and published positions on currency manipulation, cryptocurrencies, and outright gambling by large financial institutions make her nomination a hit with Democrats and a threat to Republicans. She is a vocal opponent of the virtually unfettered freedom of these institutions, which is why her nomination has implications for the well-being of investors and consumers everywhere.

The OCC is an independent federal agency, with oversight of all national banks and other savings institutions. It is responsible for ensuring that these institutions follow the law and comply with rules and regulations designed to protect their customers. The OCC is not, however, part of the Federal Reserve (the “Fed”), which regulates other institutions, such as state banks. It is funded through fees paid by the financial operatives it oversees.

Omaroza, a Cornell University law professor, is a harsh critic of Wall Street and large financial institutions. Having famously said that she’d like to “change banking as we know it,” she believes that the enforcement of laws and regulations applied to these institutions has been uneven and ineffective.

A prime example of Omaroza’s lightning-rod proposals is that consumer banking be consolidated under the Fed. Currently the regulatory authority for financial institutions is scattered among several agencies, the Fed being only one of these. But the public, and even many elected officials, are understandably confused by the distribution of power wielded by various agencies, including the Fed and the OCC. And this is a big part of the problem
facing those who seek to reform the nation’s financial system.

Apart from the issue of jurisdictional authority, Omaroza is an outspoken critic of cryptocurrencies, which she believes have allowed what she calls the nation’s “dysfunctional financial system” to continue
as such.

She argues, as do many analysts, that the advent of cryptocurrencies has destabilised the economy and empowered private firms to abuse the system. Indeed, the threat posed therein reminds many of the situation preceding the financial catastrophe, the
so-called “Great Recession,” which devastated the economy and wreaked havoc on the American workforce. And this is why many critics of the status quo favour someone, anyone, who promises to shake up America’s fractured financial system.

It is important to remember that, in the early years of this century, very few analysts foresaw the Great Recession.

The 2007-2008 financial crisis, which saw the net worth of the average American household decline by 26%, led to a drop in national gross domestic product of 7%, and job losses totaling more than seven million.

Prior to the crisis, financial institutions were largely free to operate as they pleased, and this led many of them to speculate wildly. This speculation included leveraging – i.e. gambling – by many of them, to the point where even a modest decline in property and other valuations could, and did, lead to
institutional insolvency.

“Leveraging” is a measure of the ratio of assets to equity. For instance, the first and most infamous investment firm to collapse, Lehman Brothers, was leveraged at an astonishing level of more than thirty to one, meaning its assets equalled only about 3% of its holdings.

The institution’s 2008 bankruptcy filing, the largest in history, represented the failure of a financial giant with assets of US$639 billion (RM2.67 trillion).

Many observers think the appointment of Omaroza could reduce the danger of another financial meltdown. But already Biden’s nomination has elicited fury among bankers and their defenders in the Senate, which will decide Omaroza’s fate. Omaroza’s agenda
goes beyond basic oversight of
speculative institutions.

For instance, she favours shifting deposits by consumers into digital-dollar accounts at
the Federal Reserve, something which
would greatly alter, via centralisation,
banking oversight.

She contends that such a move would be “a blueprint for radically reshaping the basic architecture and dynamics of modern finance”. And she did not simply say this in some obscure speech, she has included it in her written academic work. Moreover, Omaroza has asked, in tweets, “Does the world need JP Morgan to grow bigger and more powerful?”

She is on record as criticising the awarding of large dividends and stock buybacks by the largest banks – an extremely rare position among those considered for high-profile government jobs involving financial regulation.

Omaroza is no friend of Wall Street or megabanks – and she is unafraid of voicing her opinions publicly. The fight over this nomination to the OCC will be followed by very few people. News coverage of such an appointment lacks public newsworthiness of an Afghanistan pullout or a multi-trillion-dollar spending package.

In part, this is because the complexities of modern finance, especially those involving the operations of financial institutions and their (often opaque) holdings, defy easy understanding by consumers or leaders.

But this fight may in fact emerge as very consequential, as the future of banking and finance in the US and around the world may be at stake.

Those on opposite ends of the political spectrum will continue to disagree on numerous issues involving money, banking and economics, but hopefully they can come together on the need for some basic reforms, especially simplicity of governmental oversight, either through consolidation of agencies or streamlining of agency jurisdiction, and transparency in reporting by private banks and other financial institutions.

Omaroza’s positions may turn out to be too radical or impractical to implement. But her appointment could be the catalyst for more and intense public and governmental interest in the affairs and operations of national financial institutions in the US.

And this alone could stave off another financial crisis, something which could, once again, rupture the national economy and create havoc in markets worldwide.

The writer, a professor at HELP University, is the co-author of Saving the Savings and Loan: The US Thrift Industry and the Texas Experience, 1950-1988, by Praeger Publishers. Comments: letters@thesundaily.com