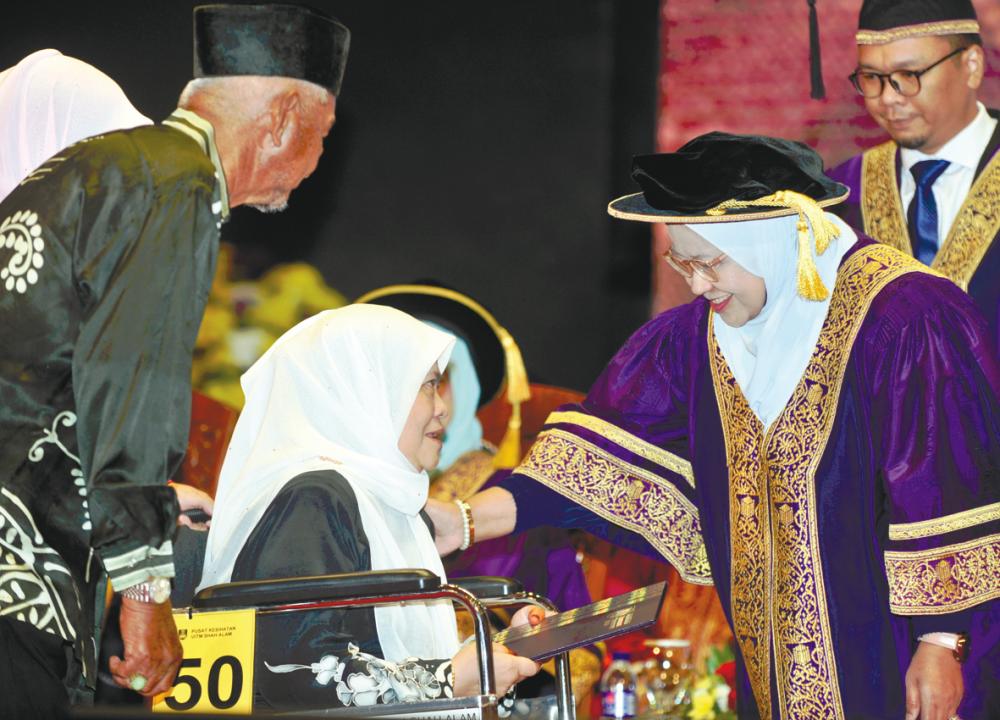 PETALING JAYA: The journey from Gua Musang in Kelantan was bittersweet for Yahani Yusof, 64, and his wife Mazmon Daud, 57. They were on the way to attend the convocation of their son, Muhammad Fakhrur Radzi Yahani, 24.

But he had died on Nov 24, just two weeks short of his birthday.

Amid the tears and sadness, Yahani went on stage pushing Mazmon in a wheelchair to receive the scroll on behalf of their late son, who studied woodworking.

“I had to be strong. I braved myself to receive the scroll on his behalf as he had worked so hard to obtain it. It would have been our proudest moment to see him collect it in person,” Yahani said.

“Every time I look at the prayer mat cabinet he built for us just before his passing, it reminds me of how sweet our son was. He was always the helpful one and fussed over us.

“He was always helping us and his siblings. Now, he is gone forever. But (he is always) on our minds, fondly remembered for his kindness towards others.”

The fifth of seven siblings, Muhammad Fakhrur was killed in a road crash while on his way to work at a furniture factory near his rented home in Machang.

The UiTM graduate was living in Machang while waiting to further his studies.

“He never caused us any trouble or even asked for money. He would work and earn his living,” Yahani told theSun.

At the time of his death, Muhammad Fakhrur was planning to be a skills trainer in woodworking and was working to save up tuition fees for his course, which was due to start in February.

As the couple left the stage, they held back tears while Mazmon held their son’s bachelor’s degree.

Fellow graduates and their families at the UiTM Tunku Chancellor Hall then observed a minute’s silence.

Yahani urged students to pursue their dreams and not waste any time on distractions.

“Young adults are the nation’s future. Your parents have sacrificed and invested much to raise you and pay for your schooling.

“Never give up on your dreams. Do not fall for empty promises of quick wealth, but concentrate on your education as it is the only thing that no one can take away from you.”

Meanwhile, Muhammad Fakhrur’s sister Mazni Fifi Imani, 26, who also graduated with an Accountancy degree at the same convocation, recounted sharing her happiest moments with him.

“Two weeks before the crash, my brother visited us in Gua Musang and asked us to celebrate his birthday earlier.

“It was as if he knew it would be his last birthday celebration with us as he had requested a white-themed party.”