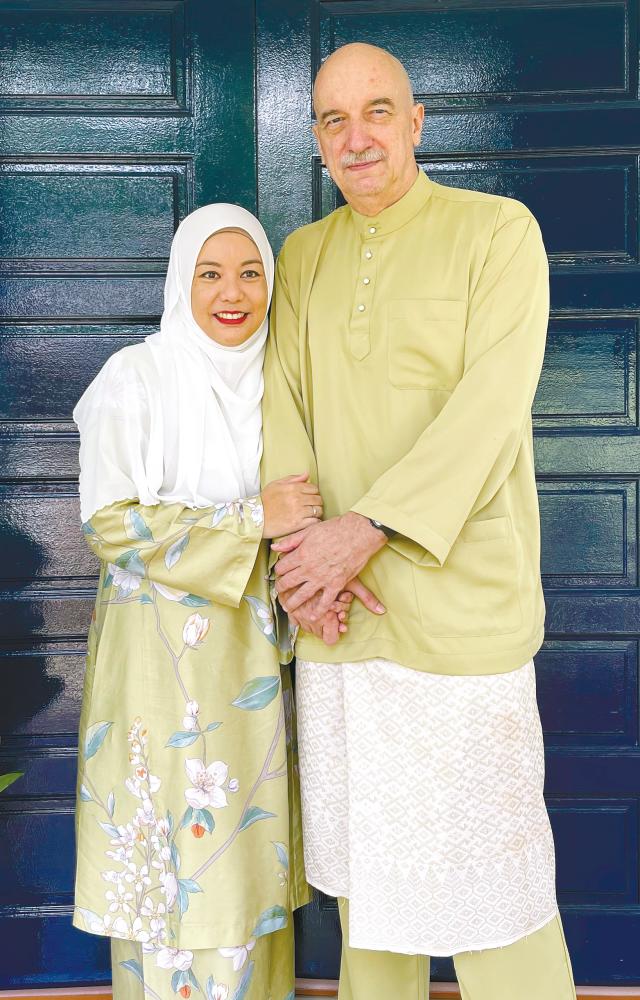 Johan and Julainie met when they were working in an international oil and gas company in Kuala Lumpur. – COURTESY PIX

PETALING JAYA: A chance encounter at their workplace brought together a couple from different races, religions and cultural backgrounds.

Julainie Bakar, 44, met her husband Muhammad Johan Abdullah @ John R. Maloney, 65, when they were working at an international oil and gas company in Kuala Lumpur in 2007.

“I was asked to help Johan and his friends, who were in Malaysia for the first time. I took them around the city, introduced our culture and different foods, as well as suggested places to visit,” she said.

The couple, who live in Taman Melawati, faced several obstacles when they started their courtship.

“Not everyone was happy, especially the fact that Johan was not a Muslim and from a different continent.

“Everyone in my family was worried he was going to take me away to his home country, Canada, and they will never see me again,” she told theSun.

Julainie can now laugh about their early years as a couple. She also shared her experiences with friends and relatives who are also in interracial relationships.

“It was only the first few months that my family and friends had doubts about us. But eventually, after seeing how happy I was with Johan and how well he got along with my children, they slowly accepted him,” she said.

Julainie, who was a single mother before she met Johan, said one of the main challenges she had was blending two cultures and creating their traditions.

“I don’t want Johan to give up what he is used to just as much as I don’t want to give up my culture and traditions. So we compromised a lot to find ways that would work for us.”

The freelance engineer said marriage between two people of very different racial and religious backgrounds is just a part of being Malaysian.

Julainie’s children from her previous marriage, now aged 17 and 19, have adapted well to both cultures.

Julainie said having a good support system helped her children balance the two cultures and traditions.

Johan said he had his worries, but the warm welcome from his wife’s family and their mutual friends melted away his concerns.

“Not only am I from a different country, but of a different religion. Our age difference might have been seen as a problem too, but as it turned out, Malaysians are just, as they say, welcoming and accepting,” he said.

Johan is now known among friends as the Mat Salleh (Caucasian man) who likes tempe and nasi lemak, while Julainie enjoys pasta and salads.

Their favourite activity together as a family is food hunting in small towns outside of Kuala Lumpur.

Just like typical Malaysians, Johan and Julainie are active members of their community, helping those in need whenever they can.

In jest, the couple’s friends would say that Johan is more Malaysian than his wife.