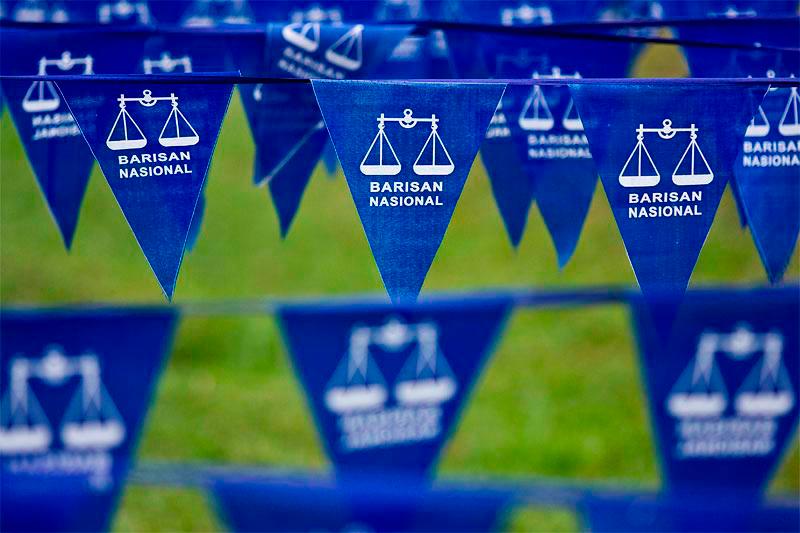 CHUKAI: Barisan Nasional (BN) is keeping to its decision to go solo in the coming 15th general election (GE15).

BN deputy chairman Datuk Seri Mohamad Hasan said the party coalition will work harder to win as many seats as possible in Parliament to form a government by itself in GE15.

However, Mohamad who is also BN election director said if the results show otherwise, it is prepared to negotiate with other parties to set up a strong and stable government for the people’s well-being.

“Even though the people said we are going with this or that party in GE15, BN will still maintain its decision to go solo with the support of its coalition parties.

“We will see after the election if we win and could form a government by ourselves...thank God. If not, the results of the party will determine who we need to negotiate with for a strong government,” he said at the launching of Terengganu State BN GE15 Machinery in Pantai Penunjuk, in Kijal near here today.

Mohamad said among the criteria set for the selection of the party to form a coalition are the points of similarities and struggle agenda with BN.

It is to ensure understanding among them to create a stable political environment in the country, he said.

“We do not want the people to continue being victims of political upheavals... it’s enough. It has been four years, we are still not aware of where we are going while countries more adversely affected by Covid-19 compared to us have leaped in their economic performance as many investors invested due to political stability,” he said.

Earlier, a local media report featuring political analysts indicated that no party coalitions would garner the majority in GE15 and an alliance of winning parties is needed to form a central government.

In another development, Mohamad said the application of Parti Bangsa Malaysia (PBM) to join BN will be discussed in the BN supreme council meeting on Monday.

“The matter has to be decided with a consensus. All parties have to unanimously agree,” he said.