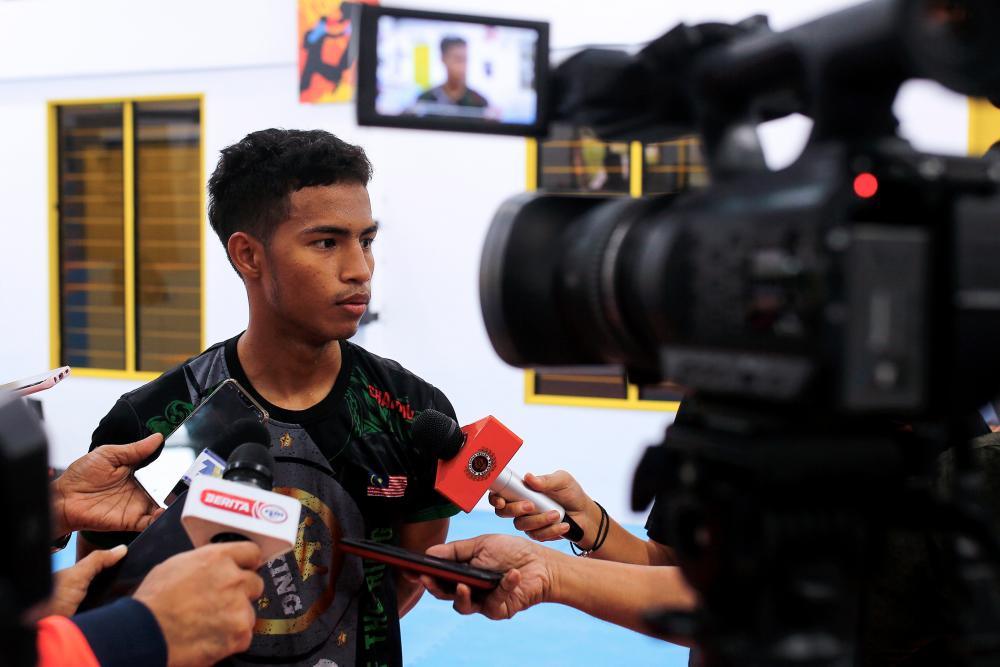 NILAI: Representing the country for the first time at the Commonwealth Games has fuelled the spirit of two young boxers, Muhammad Abdul Qaiyum Ariffin(pix) and Sheikh Rahmatullah Ibrahim, to deliver their best hook for medals in Birmingham from July 28 to Aug 8.

Muhammad Abdul Qaiyum, 21, who will fight in the 48 kg class, is now focused on improving and refining his skills and techniques to face his rivals in Birmingham.

Muhammad Abdul Qaiyum, who has long dreamed of representing the country at the Commonwealth Games, will ensure that the rare opportunity is not wasted.

“I just finished up in Perlis recently and I am ready to face the next fight. For this period of a month, I want to correct my skills and refine my techniques and so on,“ he said after a training session at the NSC Sports Complex here today.

Sheikh Rahmatullah, 21, the bronze medallist at the Asian Boxing Championships in Uzbekistan, is also determined to win a medal in the 54 kg category in Birmingham.

Sheikh Rahmatullah and Muhammad Abdul Qaiyum will undergo training and participate in a Thailand tournament next week as final preparations before the Commonwealth Games.

The last time Malaysia won a medal in boxing was in the 2002 edition in Manchester through Zamzai Azizi Mohamad, who won bronze, while the best achievement was through Sapok Biki, who won gold in the light fly (48kg) category in the 1998 edition in Kuala Lumpur.-Bernama