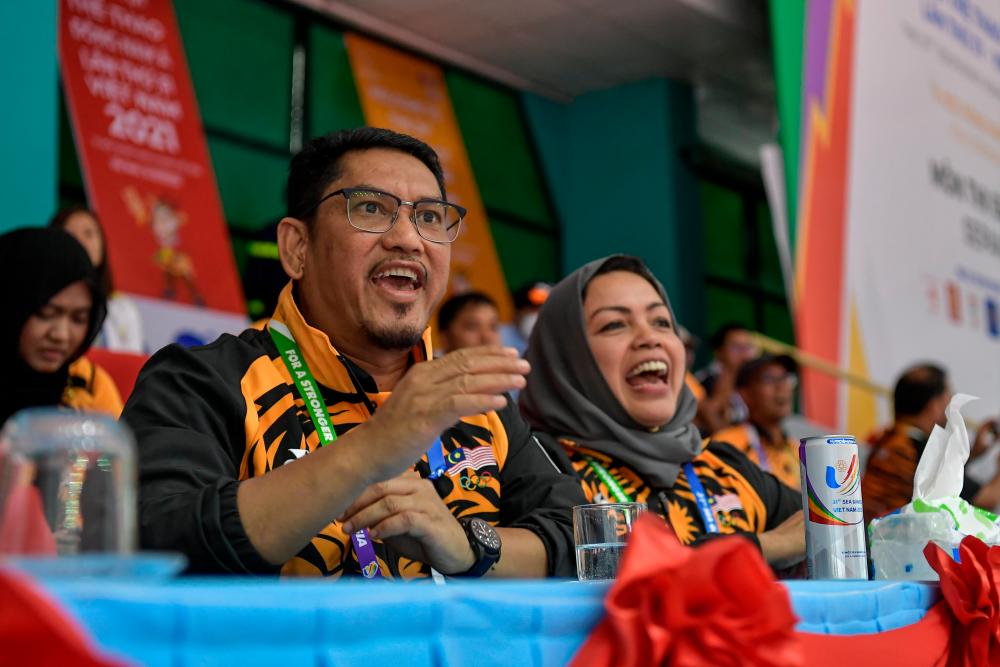 HANOI: Youth and Sports Minister Datuk Seri Ahmad Faizal Azumu(pix) has advised the Harimau Muda players not to let their failure to reach the men’s football final at the 31st SEA Games affect their performance in the bronze medal playoff.

He said the national Under-23 squad should maintain their performance level when they take on Indonesia in the third-placing match on Sunday (May 22).

He added that the squad, under head coach Brad Maloney, had played well so far in the biennial Games, including in the 1-0 loss to hosts Vietnam in the semi-finals yesterday.

“I think they (the national players) did well against the home team (Vietnam). I hope they can maintain the momentum and spirit in the fight for third place.

“I also hope they can bring home the bronze medal... I will take that as a success,” he said when met at the Hoang Mai Gymnasium, which is the venue for the sepak takraw competition, here today.

In the men’s football semi-final at the Viet Tri Stadium yesterday, the Harimau Muda team’s hopes of bringing home the gold medal were dashed when they lost 1-0 to Vietnam.

In the other semi-final, Thailand also edged Indonesia 1-0.

On Sunday (May 22), Vietnam will take on Thailand in the final while Malaysia will face Indonesia in the bronze medal playoff, with both matches set to be held at the My Dinh Stadium.

The last time Malaysia won the football gold, dubbed the mother of all SEA Games gold medals, was at the 2011 edition in Indonesia under the guidance of Datuk Ong Kim Swee.

Malaysia’s best achievement after that was a runner-up finish in the 2017 edition in Kuala Lumpur before crashing out in the group stages in the 2019 edition in the Philippines.-Bernama