Reviving the economy and creating job opportunities for everyone is the key focus now to spur post-pandemic recovery, says finance minister 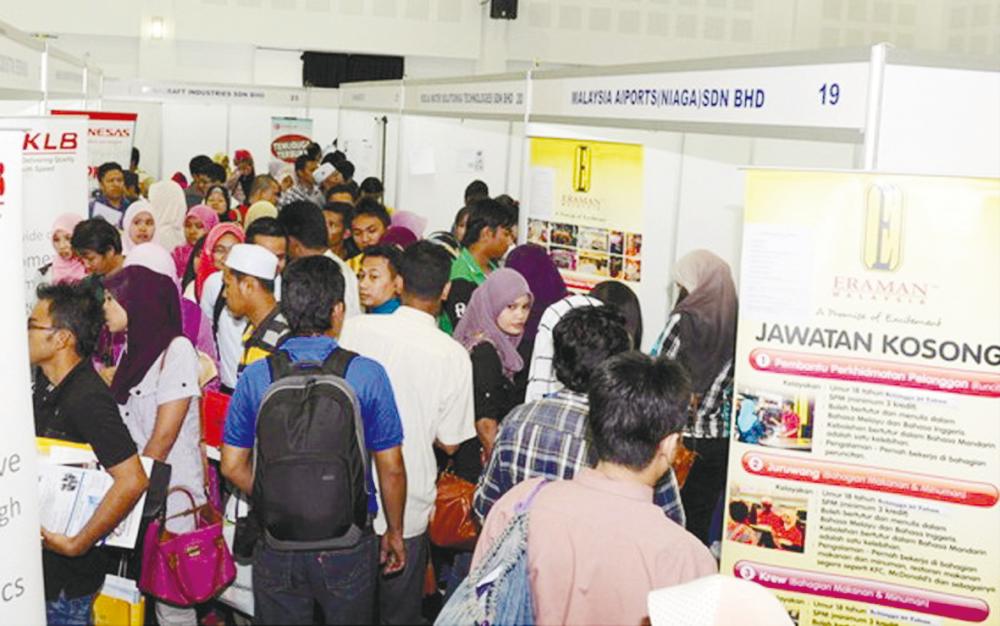 The government has introduced the JaminKerja initiative, which aims to create 600,000 jobs with an allocation of RM2 billion in Budget 2022. - BERNAMA FILEPIC

PETALING JAYA: The squeeze on economic activities from the onset of the Covid-19 pandemic in 2020 which led to a number of restrictions to curb the spread of the outbreak has resulted in an elevated rate of unemployment in Malaysia.

The constraint in economic activities culminated in the country’s unemployment rate reached an unprecedented record high of 5.3% in May 2020, due to implementation of the movement control order (MCO).

In November last year, 37-year old Zara Ismail was one of 16,200 newly unemployed for the month, making her a part of Malaysia’s 4.8% unemployment rate amounting to 764,400 persons.

For the former senior manager with a local conglomerate involved in property development, the writing on the wall was clear, since the start of the MCO she was told the company’s business outlook does not look good with a possibility of lay-offs.

Having been forewarned, the former manager started applying for a job in March hoping to avoid unemployment. To-date, she has sent out over 30 applications across various sectors and positions.

Taking note of the tough job market she had resigned to accept any “downgrade” in position or salary, “as long as there is a job”.

Despite the number of applications sent out, there was only one reply, which said she was overqualified for an administrator assistant position. According to the reply, she was deemed overqualified as she had more than 15 years of experience in event planning, operation, production, management and marketing and sales, in addition to a diploma in multimedia with a major in programming.

“Seems like having experiences is never enough. Most companies I applied to require a bachelor’s degree but I took a chance and submitted my application,” the former manager told SunBiz.

To close this gap in qualification, she enrolled in a part-time bachelor’s degree program in mass communication from UiTM Shah Alam last year and expects to graduate in 2024.

“Previously, I believed in looking for work with fair compensation, however, at this point I struggle to land a job even with my level of experience and having lowered my salary expectations. The competition is tough as there are many job hunters out there who are unemployed because of the pandemic.”

Towards alleviating the plight of jobseekers such as Zara, the government has introduced the Jamin Kerja Keluarga Malaysia (JaminKerja) initiative, which aims to create 600,000 jobs with an allocation of RM2 billion in Budget 2022.

To encourage the hiring of persons with disabilities, orang asli and former inmates, this incentive is set at a higher rate of 30% for the first six month and 40% for the next six month for those offering a monthly salary of RM1,200 and above.

Furthermore, this higher rate is also applicable to those who employ women who have been unemployed more than 365 days, single mothers and housewives, as a means to entice women to return to the workforce.

During an interview on Budget 2022, Finance Minister Tengku Datuk Seri Zafrul Abdul Aziz pointed out that an assistance package of RM40 billion had been laid out for the business sectors along with the RM4.8 billion programme for jobs, guaranteeing 600,000 jobs for Malaysians.

“We need to look at it holistically and the key focus now is on the economy and creating employment,” he said.

In addition to the wage incentive, the Budget has also announced the continuation of the Malaysia Short-term Employment Programmes (MySTEP) that was first introduced in 2020.

This programme offers a total of 80,000 contract employment opportunities with 50,000 jobs in the public sector and 30,000 jobs within government-linked companies from January 2022.

In light of the slew of initiatives aimed towards creating employment, Zara feels emboldened to continue to seek out employment opportunities. In the meantime, she continues to make a living through a home kitchen business selling East Coast lunch boxes, an endeavour she started with her mother during the pandemic.

On the other side of the coin, the Green Factory, a local SME manufacturing sustainable wood products, has triumphed over the challenges thrown by the pandemic and it is looking to expand its head count by 10-20 in 2022.

Its CEO Harith Ridzuan, better known as Harith the green carpenter, elaborated that the company is looking to absorb the current apprentices under its in-house programme as full-time staff after the completion of their six-month programme.

For the SME, Covid-19 has brought some surprising upside. Despite a 90% decline in exports, domestic sales revenue has improved over 50% across all segments, interior design, furniture as well as homeware.

Nonetheless, Harith shared that the future of his business looked bleak at the onset of the pandemic with little to no incoming orders, the Green Factory struggled to retain its staff at the height of the MCO.

During the troubling times, he had to let one of his staff go. Nonetheless, the green carpenter stated that the wage subsidy programme introduced by the government last year had helped him weather the tough economic climate.

“Thankfully, things picked up sometime in July last year and we are looking forward to welcoming the current batch of apprentices as full time staff. On this matter, we will be looking forward to examining the JaminKerja programme offered in greater detail and hope to take advantage of the initiative in our expansion.”

In tandem with the headcount expansion, the Green Factory has plans to expand its capacity by purchasing new tools and machinery in three to four months’ time. The CEO stated that it is looking to purchase between RM200,000 to RM300,000 in new machinery.

Employers will receive an incentive of 20% of the monthly salary for the first six months and 30% for the next six months for jobs with a salary of over RM1,500 per month.

For people with disabilities (OKU), orang asli, ex-convicts, women who have been unemployed more than 365 days, single mother and housewives the incentive is increased to 30% of the monthly salary for the first six months and 40% for the next six months for jobs with a lower salary threshold of over RM1,200 per month. RM2 billion has been allocated to this programme.

Those interested can submit their applications directly to the participating ministry or GLCs.

1.Ceiling price is to control prices of goods

3.Business leaders focus on omnichannel, diversification & employees to build back better from pandemic

4.Pahang to implement strategies to save Malayan Tigers